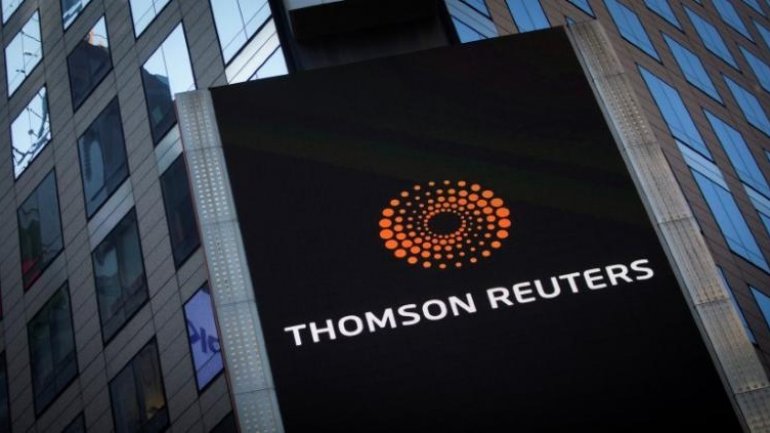 Thomson Reuters Corp third-quarter earnings beat analyst expectations on Tuesday and the company said it would cut jobs worldwide, taking a fourth-quarter charge of $200 million to $250 million to streamline its business, reports Reuters.

Thomson Reuters shares gained more than 4 percent in both New York and Toronto.

The restructuring, affecting about 2,000 jobs or 4 percent of its workforce, will take place across 39 countries and 150 locations and would mainly affect the Financial & Risk business and the Enterprise, Technology & Operations Group, the news and information company said. The company employs about 48,000 people globally, a spokesman said.

The changes come as part of its multi-year effort to streamline its businesses, Chief Executive Jim Smith said in an interview.

"It's about simplification and taking out bureaucracy and taking out layers all of which have added complexity and slowed us down," he said. "These actions are not driven by any reaction to market conditions or in any way coming on the back of under-performance."

Thomson Reuters is the parent of Reuters News, which competes for financial customers with Bloomberg LP as well as News Corp's Dow Jones unit. There will be no decline in headcount in the Reuters newsroom, according to a memo from Smith to employees on Tuesday.

Revenue rose 1 percent to $2.74 billion before currency effects and was flat when they were factored in. Based on this year’s performance so far, the company expects to hit around the lower end of its revenue forecast for the year, which calls for sales to rise 2 percent to 3 percent, said Stephane Bello, chief financial officer, on an analyst call.

In the Financial & Risk segment, which provides news and analytics to financial services companies, sales outpaced cancellations for the 10th straight quarter. Overall unit revenue was flat at $1.52 billion. Revenue for the unit was up one percent excluding currency effects, a first since the second quarter in 2015.

While Wall Street was pleased with positive organic revenue growth in the company's Financial & Risk unit, its biggest segment, analysts noted they want to see the company grow revenues outside of cost-cutting.

"It is not easy to do that, given the slow growth environment in the U.S. and Europe," said Doug Arthur, an analyst at Huber Research Partners.

Because of the charge, the company lowered its 2016 forecast for underlying operating profit margin to between 16 percent to 17 percent, from 18.4 to 19.4 percent.