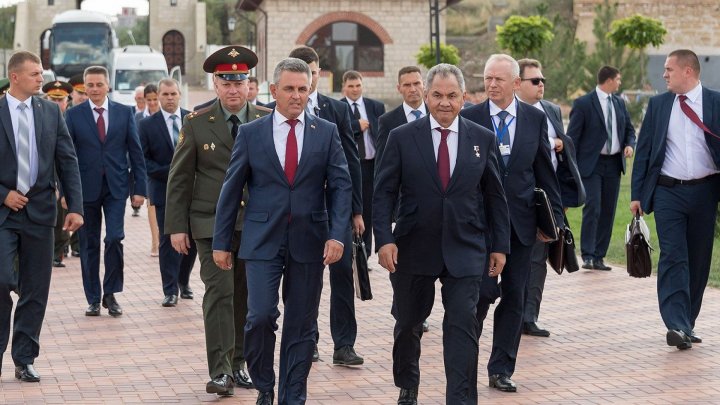 Russian Defense Minister Sergey Shoygu paid a visit to Moldova at the invitation of President Igor Dodon on August 24. Presidency didn't offer many details about the organization of this visit and hid information upon the Russian delegation.

During the visit, Sergey Shoygu went to Tiraspol and met with Vadim Krasnoselsky, the "President of Transnistria". According to the Transnistrian press, the two placed flowers at the Alexander Nevsky monument. Then, Shoygu awarded militants medals for reinforcement of military units.

Moreover, the press also writes that the Shoygu delegation included the Deputy Defense Minister Alexander Fomin, Chief of the General Staff of the Russian Army Sergeant Serghei Rudskoi, Russian Ambassador to Chisinau Oleg Vasnetsov, Chief of the Ministry of Defense of the Russian Federation Victor Goremîkin, but also the head of the Directorate-General for International Military Cooperation at the Russian Ministry of Defense Alexander Kashimovsky.