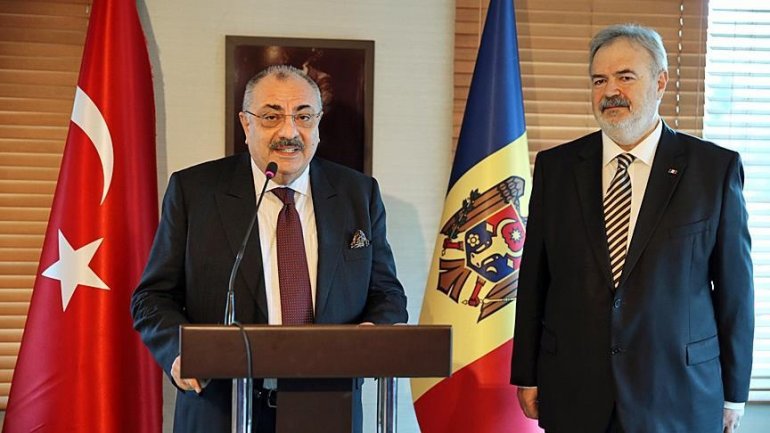 Turkey’s deputy prime minister said Tuesday that the future of the ethnic Turkic group known as the Gagauz lies in the eastern European country of Moldova.

"We place importance on our special ties with the Gagauz, which serve as a bridge of friendship between the two countries," Tugrul Turkes told a reception in Turkey’s capital Ankara marking the 25th anniversary of diplomatic ties between Turkey and Moldova.

"We believe that the Turkic Gagauz people's future lies in Moldova," he added.

In December 1994, Moldova’s Parliament offered some 160,000 Turkic Gagauz people within their borders a large degree of autonomy within the Autonomous Territorial Unit of Gagauzia (ATUG), to create a favorable environment for their people to maintain their national identity and culture.

The autonomous territory is home to a mostly Gagauz population – an Orthodox Christian, Turkic community.

Gagauzia enjoys large economic autonomy, and has the ability to establish economic and commercial relations with the regions of other countries.

Turkes said that 2017 would be a milestone for ties between the two countries following the official visit of Turkish President Recep Tayyip Erdogan, which is as yet unscheduled.