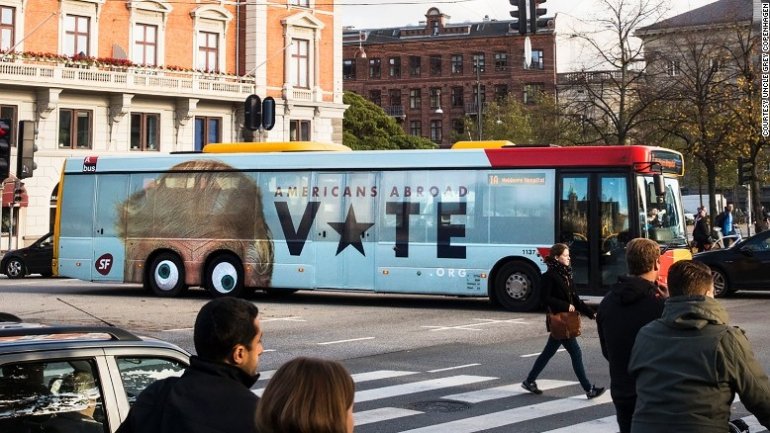 Thousands of kilometers away from the US soil, in the middle of the bustling city of Copenhagen, Denmark, several buses are traveling with massive mock-images of the US presidential candidate's forehead with wheels for eyes, CNN reports.

And, as the giant caricature of Donald Trump rolls his eyes non-stop across the capital, it's no secret who the Danish political party is cheering for.

The provocative campaign was developed by the ad company Uncle Grey Copenhagen.

"We work with cultural changes in the world, and with the entire world looking at the US election we were very happy to work on this project," the ad's strategic director, Carsten Bulow, told CNN.

In Denmark, 8.714 American citizens are able to vote. So the goal of the ad is to make sure they do.

For director Bulow, the campaign works because it is simple but not afraid to take a position.
"If you want people to react you have to be provocative. You can't be afraid to take a stand," Bulow said.