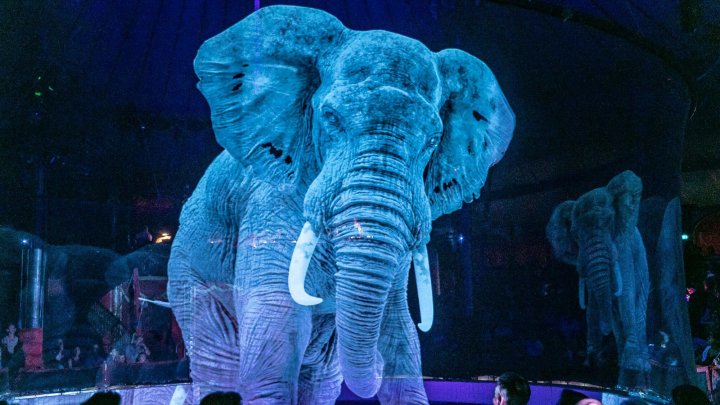 A circus in Germany is being praised for its decision to stop using live animals in its shows and combat animal cruelty in the industry by using holograms instead, reports Independent.

Circus Roncalli became the first in the world to incorporate magnificent 3D holograms of animals in their show.

The circus’ agency TAG/TRAUM, partnered with Bluebox and Optoma, set up and installed eleven ZU850 laser projectors for the project.

Birger Wunderlich at Bluebox said: 'We have been using Optoma projectors for six years and have consistently had a very positive experience in price, performance, and reliability'.

'We needed a high contrast projector with great colours for the 3D effect and the ZU850’s 2,000,000:1 contrast is perfect for this project'.

The circus has been in business since 1976 but decided to stop using live animals. Now instead, in the midst of acrobats and magicians, are glittering, giant projections of elephants, horses and fish.

In an interview about the circus’s decision, moderator Katja Burkard said: 'I find the hologram very contemporary – especially the fact there are no animals involved is very good'.