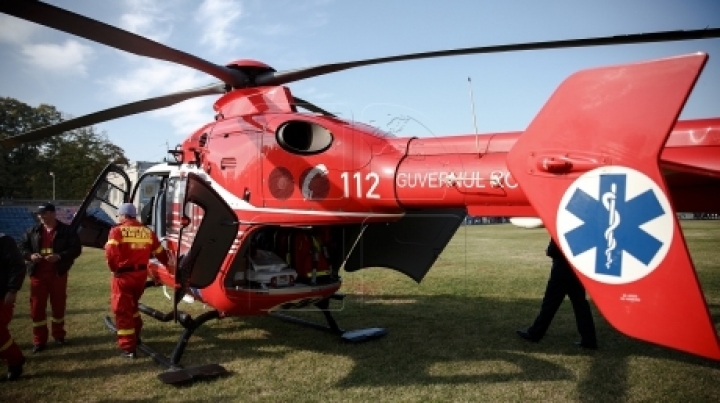 Investigators are analyzing a new hypothesis in the case of the aviation accident in Cantemir. They took samples of fuel in order to see if there was any deficiency of gas the chopper was fueled with in the Republic of Moldova, according to ziaruldeiasi.ro.

This is the third hypothesis in the case of the tragic accident.

The first hypotheses are the chopper’s failure, and a human error in piloting the aircraft.

The hypothesis regarding the possible failure of the aircraft is supported by some witnesses, who specified that the propeller and motor of the aircraft were misfiring. It is necessary to mention that the chopper was fueled in Moldova, and yesterday the prosecutors took samples of fuel from the site of accident. Other witnesses have declared that the aircraft was looking for a place to land, was flying at a high speed, and the pilot was making intense turns.

The second hypothesis, regarding the piloting error, has appeared based on bad weather conditions: heavy storm, which means reduced visibility and very low clouds.

In this case prosecutors are analyzing the fact that the pilot did not assess correctly the altitude, meaning he assumed the aircraft was higher in the sky.

The prosecutors will also have to analyze if the aircraft had to fly in those weather conditions (yellow warning of heavy hail storms), is the pilot who decides if he will fly in this kind of conditions.

Yesterday, aviation officials from General Inspectorate of Romanian Aviation have mentioned that SMURD Iasi chopper did not have installed weather radar, which helps the pilot to see the types of clouds are in the area he is supposed to fly.

Also the aircraft did not have a GPS system that shows the distance between the earth and the aircraft, having only an orienting device.

The investigation in SMURD chopper case file could last at least three months. The announcement was done by the chief of the investigation committee from Moldova, Veaceslav Frunza.