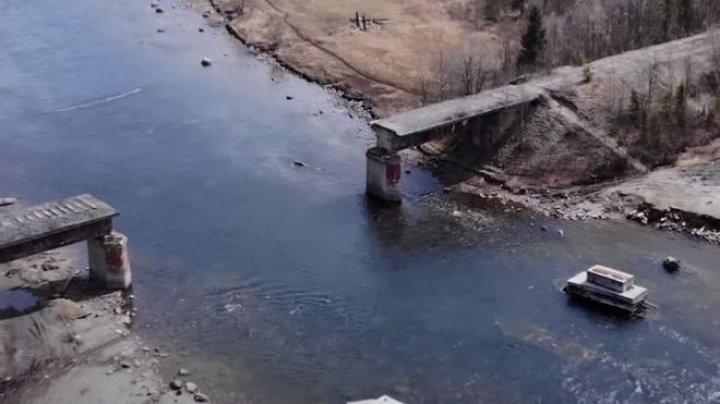 A criminal case has been launched in Russia's Arctic region of Murmansk after suspected metal thieves made off with a railway bridge, writes Independent.

The disused bridge is located in a remote forest near the abandoned settlement of Oktyabrskaya, around 170km (100 miles) south of the regional capital, Murmansk.

Luckily, the bridge was disused and the tracks lifted long ago, according to state newspaper Rossiskaya Gazeta.

The railway over the bridge was once used to transport concentrated rare earth elements from a nearby plant, but was closed when the business went bankrupt in 2007, the daily said.