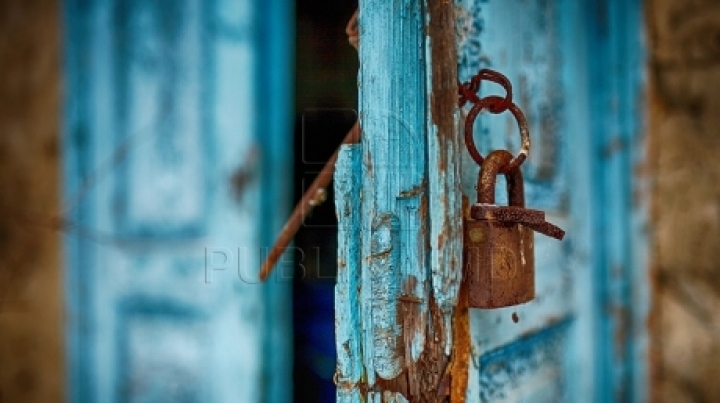 A mother may remain childless because she can not afford living conditions for her children. She came to live in trolley at three kilometers distance from the Marandeni village, Falesti district after her husband and mother kicked her out. She says she can not even afford to rent a house because her income are only the money she works daily.

The woman said to lives in the streets after the man she lived with kicked her out.

"He came home from work drunk and started beating the children. He kicked Nicolate Nicoleta after she came from playing outside and asked for food. When he pulled her, her lip cracked in half" , confessed Diana Donici.

After several years of scandal and beatings, the 27-year-old woman got her two children and went to live in a trolley of six square meters.

Diana Donici says she addressed for social help, but could not benefit from it because there was no documentation. The authorities have proposed, however, to take their daughter of 7-year-old girl and five-year old boy to an orphanage. Now, however, she says she can't take her children even for a few days.

"They don't allow my children to come home because I have no living conditions. Whre am I supposed to bring them? If this continues I will hang myself" , said the woman.

Neighbors are helping Diana with what they can, but it is too little.

Employees of the shelter where children are, say the children's mother should take urgent measures to improve living conditions.

"Children can stay here up to six months. That's deadline at the orphanage. If the mother is not able to aford living conditions for them, they will be placed in a family" he said assistant Placement medical Center in Glinjeni, Ana Bejenari.

Marandeni village social worker says that the case is targeted by authorities from long ago. So far, however, no funds necessary to purchase a home where she could live with her children were identified.

Diana Donici said to procure a house in the Marandeni village she needs at least 30,000 lei.