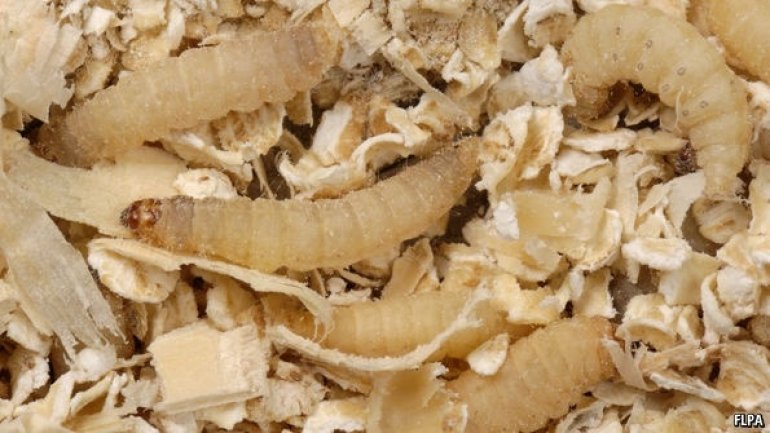 A scientific paper just published in Current Biology reveals to the world a moth that is capable of chewing up plastic.

The experiment behind the paper was inspired when Federica Bertocchini, an amateur beekeeper who is also a biologist at Cantabria University, in Spain, was looking at some of the honeycombs in her hives and noticed caterpillars chewing holes through the beeswax and lapping up the honey.

Such pests are not uncommon, so to be certain of what she was dealing with, she collected some of the caterpillars and took them home in a plastic shopping bag for subsequent examination.

She assumed the larvae would be unable to escape from this bag, but she was wrong. When, a few hours later, she got around to looking at her captives she found the bag pierced by holes and the caterpillars roaming around her house.

After rounding them up, she identified them as the larvae of the greater wax moth, a well-known pest of bee hives. On considering their escape from their shopping-bag prison, though, she wondered whether they might be put to some sort of use as garbage-disposal agents

Read more at The Economist.