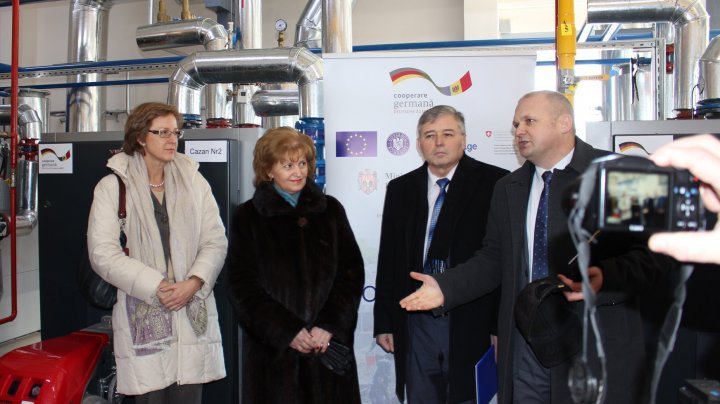 The installation was carried out between August - December last year, worth 8.37 million lei including the reconstruction works of the Thermal Power Plant.

The inauguration was attended by the representatives of Moldovan Government, of diplomatic missions, of local public administration, employees of the hospital, journalists and locals.

German Ambassador to Moldova, S.E. Julia Monar expressed her felicity for the success of project.

"I'm delighted that this new project was implemented by the International Cooperation Agency of Germany (GIZ) today. I would like to express my sincere gratitude to the district Council which had provided administrative assistance".

In turn, Liviu Volconovici, Minister of Agriculture, Regional Development and Environment reiterated the importance of this project.

"It's a model implemented all over the world and solar energy plays important role in Moldova. We still need such projects in the future. Thank you!".