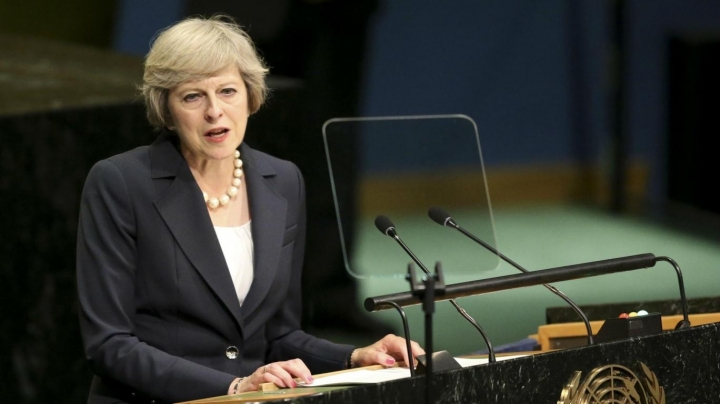 Theresa May has vowed that controlling Britain’s borders and reducing the flow of immigrants will dominate her government as the UK seeks a new place in the world after voting to leave the EU.

But in her first address to the UN General Assembly, the British Prime Minister said the UK would not turn away from the world and would remain at the heart of international affairs. She also pledged hundreds of million of pounds in aid spending to tackle terrorism and to stop hundreds of thousands of migrants travelling to Europe.

To underline her message, she called for global network of crime-fighting agencies to tackle international modern slavery and emphasised the UK's spending on international aid and defence.

She also warned leaders not to forget the masses of people affected by globalisation, a lesson the UK has been taught following the EU referendum, and an open wound that the US presidential election has further exposed here.

“The United Kingdom has always been an outward-facing, global partner at the heart of international efforts to secure peace and prosperity for all our people,” she said.

“And that is how we will remain. For when the British people voted to leave the EU, they did not vote to turn inwards or walk away from any of our partners in the world.”

She added: “Faced with challenges like migration, a desire for greater control of their country, and a mounting sense that globalisation is leaving working people behind, they demanded a politics that is more in touch with their concerns; and bold action to address them.”