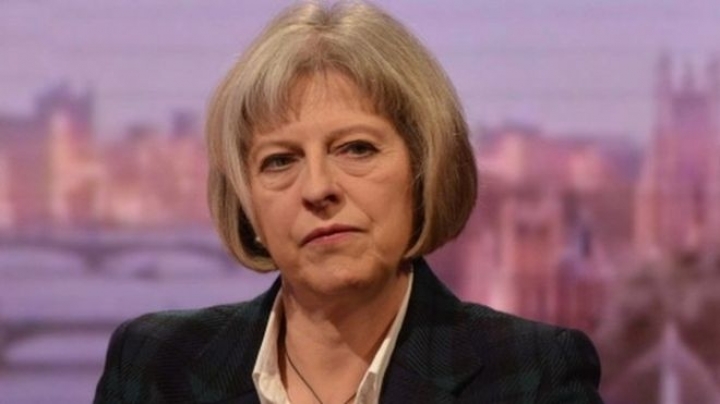 Prime Minister Theresa May has chaired the first meeting of her new cabinet, reports BBC.

Mrs May told her ministers she did not want the UK to be "defined by Brexit", but to "build the education, skills, and social mobility to allow everyone to prosper from the opportunities of leaving the EU".

Only a handful of the 27 members of Mrs May's top team are in the same jobs as under David Cameron.

Others are in the cabinet for the first time.

During cabinet Mrs May repeated her call, made on the steps of Downing Street, for the government to focus on the interests of working people and not just "the privileged few".

She told ministers they all had a duty to make a success of Brexit - and that it is not just the responsibility of those directly involved in the negotiations.

"It will be the responsibility of everyone sitting around the Cabinet table to make Brexit work for Britain," she was expected to say.

Mrs May has fundamentally reshaped the government since entering Downing Street less than a week ago, getting rid of a host of senior figures such as Mr Osborne, Michael Gove and Oliver Letwin who were key allies of Mr Cameron.

Key appointments included Philip Hammond as chancellor of the exchequer, Amber Rudd as home secretary and Justine Greening as education secretary while David Davis was put in day-to-day charge of the process of taking the UK out of the EU.

Mrs May, who has already held talks with Scottish First Minister Nicola Sturgeon and Welsh First Minister Carwyn Jones, received a boost on Monday when MPs overwhelmingly voted by a majority of 355 to proceed with the full renewal of the UK's Trident nuclear weapons system.

The prime minister will face her first Prime Minister's Questions on Wednesday, after which she will travel to Germany for talks with German Chancellor Angela Merkel. On Thursday, she will meet French President Francois Hollande.

Mrs May has said she does not expect the UK to officially notify the EU of its intention to leave before the end of the year, while making it clear there can be no going back on last month's referendum result.

She is under pressure from some EU countries to trigger Article 50 - the first step in the formal legal process of leaving - as early as possible, with some EU officials suggesting there can be no official negotiations before this happens.

Meanwhile, Foreign Secretary Boris Johnson will emphasise the UK's determination to continue playing a major role on the global stage, despite the vote to leave the EU, by holding a series of high-profile meetings in London.

The former mayor of London will hold talks with US counterpart John Kerry later, before going to Washington on Thursday to discuss the threat posed by so-called Islamic State and other Islamist militant groups.

He will also meet foreign ministers from France, Germany, Italy, Saudi Arabia and Qatar, as well as the EU's High Representative for Foreign Affairs Federica Mogherini, to discuss the humanitarian situation in Syria and Yemen and diplomatic efforts to bring the long-running conflicts in both countries to an end.

On Monday, after attending his first EU meeting in Brussels, Mr Johnson said the UK's exit from the 28-nation organisation did not mean it would be leaving Europe or "abandoning" its friends.