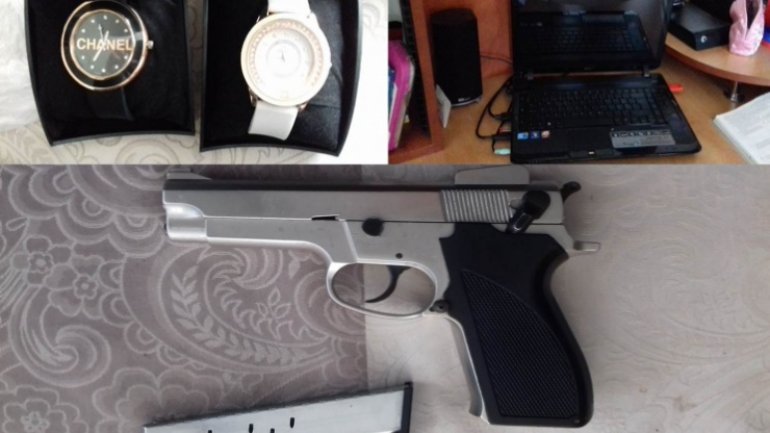 There was destructured a criminal group specialized in the committing of robberies from houses and flats, by the applying of the method of forcing of doors or windows.

Two inhabitants of the Capital, aged 23 and respectively 30, previously convicted for analogic  illegalities.

After the organizing of special ambushes near a house from the capital, one of them was red-handed handcuffed by the policemen as well as the individuals were monitored, documented, as well as there were accumulated conclusive samples, process lasting approximately three months.

The suspects would have effectuated at least 7 robberies from flat and houses, causing the owners prejudices of material damages in extremely large proportions, which, according to the victims would exceed the sum of 500.000 lei.

There were authorized searches in their houses, where there were detected and taken valuable goods stolen from the citizen, such as: hand watches, audio-video technics, gold and silver jewelry, cosmetic products and perfumery etc.

There were also found devices manufactured craftingly, meant for drug consumtion, as well as an illegally kept gun.

At the present moment, the individuals are in the custody of the Police of the Capital, being detained for a term of 72 hours and are penal investigated for extremely large robberies. They risk deprivation of freedom for a term of 7 till 12 years according to the acting penal legislation.