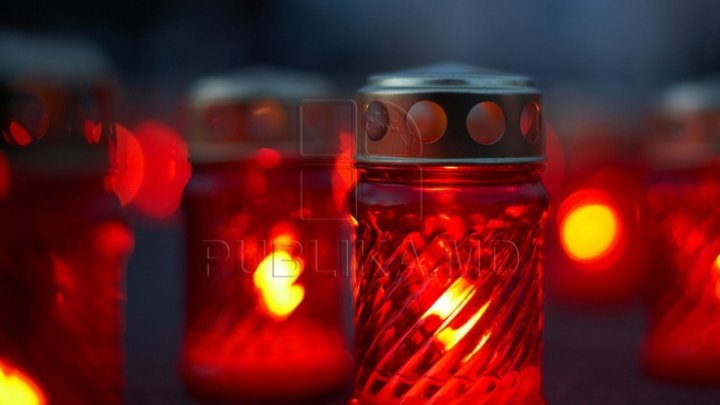 June 28 it's a grieving day for Moldovan people. This opinion share the Unionist Association 'ODIP' and multiple supporters of the Liberal Party, which organized commemoration demonstrations. They tell that 79 years ago, from the beginning of the Soviet occupation, the nightmare didn't stop. Until nowadays our country didn't escape from Russian influence and the proof to it is the vice-PM Andrei Nastase's vote at PACE.

The members of the ODIP Unionist Association went to the Russian Federation's Embassy of Chisinau to request the retraction of the Russian army form Moldova's territory.

The unionists are claiming that June 28 is a painful day for Moldovan people: 'If they occupied us in '40, I wouldn't say that we are free now. We are still under occupation. That's why we came to request the retraction of the Russian army from the Republic of Moldova'.

But just as painful is the fact that Moldovan politicians continue to support the Russian enforcement. This are claiming the unionists, referring to the vote of the Moldovan Delegation, headed by Andrei Nastase, who helped Moscow to regain it's right to vote within PACE.

'Andrei Nastase's vote is to condemn. This man received his mandate from Moldovan people and Romanians from Basarabia, that he lied to until now. He doesn't vote for laws in Basarabia, he goes and votes for Russia, for money. This man is a paid mercenary by the Russian empire, for us to kneel again in front of a occupational empire', said another demonstrator.

'The question is who is leading Basarabia? Is a Government or a Parliament here? No. KGBists from Kremlin', mentioned another demonstrator.

'We are unionists and we do not have favorites in this political game, but, at the same time, we cannot alarm about the serious anti-Romanian and anti-national deviations', underlined another demonstrator.

The liberals also commemorated the June 28, 1940 date.They put flowers at the Commemorative Stone of the Great National Assembly Square. Among the participants was Iosif Herta. The man is one of the victims of the totalitarian communist regime.

'The June 28, 1940 is a day of sorrow. Exactly because of the communist and fascist's deal, of Stalin and Hitler, the world is suffering until nowadays', declared Iosif Herta, former deported.

The Liberal Party leader regrets the fact that the actual Government isn't offering this day a special meaning.

'They're going to Moscow to bow their heads further, praising them and voting without being asked for and think that this way we will surpass the situation. The occupation did not end. The occupation lasts until now and risks to be repeated again, but through our vote, not through Russian or Soviet Union's tanks', mentioned Dorin Chirtoaca, the president of the Liberal Party.

In 2010, the interim president of that time, Mihai Ghimpu, issued a decree through which June 28 was declared a national grieving day. But the document was cancelled shortly after that, in a month, by the Constitutional Court. The invoked reason was that the president has only temporary attributes.
AFLĂ imediat Știrile Publika.MD. Intră pe Telegram