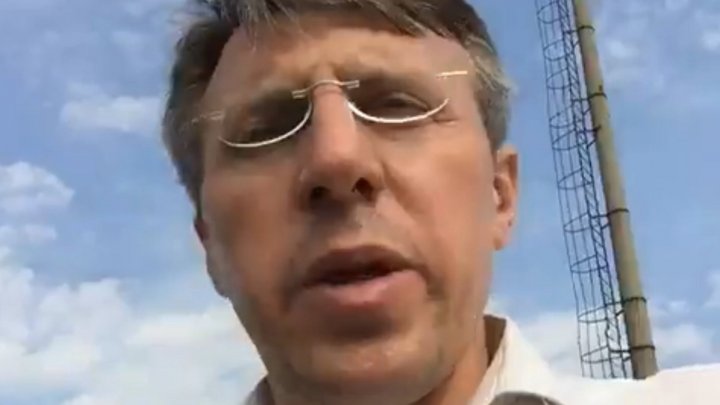 The former Chisinau Mayor Dorin Chirtoaca, went at the wastewater plant this morning to show the citizens the source of the unpleasant smell in the city. The Liberal live broadcast for six time on his Facebook page, in which he told what is happening to the river Bic, but he also attacked his electoral opponents.

In the first post, Dorin Chirtoaca met with the Socialist Ion Ceban. Chirtoaca did not hesitate to charge PSRM for taking over the City Hall.

'Yesterday evening I met with Ion Ceban, I greeted him and asked about the wastewater plant: You are in power. His answer: We are in opposition, let's go there together.

I am now here, but also don't know where he is, maybe he is taking his kids to school. The Socialists are saying that they are in opposition. Tell me, did you shared the praetors from opposition? You inaugurated the artisan well from Rose Valley also from opposition? Dodon called Mesca from Apa-Canal, who was appointed by Plahotniuc and told him to stay in position, overtaking Apa-Canal?'

Subsequently, Dorin Chirtoaca talked about the catastrophic state of the wastewater plant: 'You see this one-meter height foam. Where is the Government of the Republic of Moldova? Where are the ecological agencies, where are the authorities? Dodon doesn't care'.

Finally, Chirtoaca invited the president at the wastewater plant to show what is happening there:

The destroy what I have done. Dodon, can you come here and to hold accountable for what you've done?', Chirtoaca said.

PUBLIKA.MD reminds that this weekend, the USB president Valeriu Munteanu posted a video on Facebook in which he told about the damaged wastewater station
AFLĂ imediat Știrile Publika.MD. Intră pe Telegram