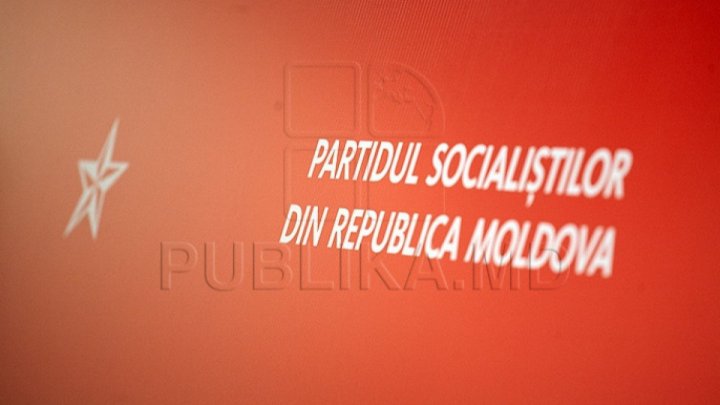 The Socialists officially launched in the election campaign for local elections. Over 700 PSRM candidates want to become mayors, and over nine thousand people are in the position of local councilor.

Throughout the event at the National Palace, socialist deputies launched themselves into promises and harshly criticized the former government. The event was opened by the informal leader of the PSRM, the country's president Igor Dodon. He was welcomed as a true leader of the Socialists.

The de facto Socialist party president Zinaida Greceanii, enjoyed a more modest welcome. In her speech, she praised her team and mentioned that the PSRM has an electoral program based on economics as well as the social and cultural ones. There were no small incidents.

The ceremony lasted an hour. In the end, Greceanii came out in front of the press, unlike Igor Dodon, who chose to leave on the back door. Greceanii tried to convince the press that Dodon is not campaigning through his presence at the launch event of the socialist candidates at the local elections.

'Let's win for the Republic of Moldova. With God's help', Igor Dodon said.

'I do not see any involvement. Has any involvement been seen? You know that we consider Mr. President the Socialists' leader and we do not hide this', Greceanii said.

Asked how much it cost to rent the National Palace for these events, the leader of the PSRM turned over the sheet: 'You are always interested in these little things that have no meaning. This does not interest the citizens'.

The PSRM presented the names of the candidates to the mayor position for the most important cities in the country. Thus, the mayoralty of the Capital is coveted by Ion Ceban, Alexandru Nesterovschi candidates in Balti, and in Cahul, Evgheni Osadcenco.

According to the latest Promo-Lex report, the Socialist Party has the most violations of electoral law in the campaign for local elections. In addition, the president Igor Dodon is the only person with public office who has made electoral turmoil for this party.