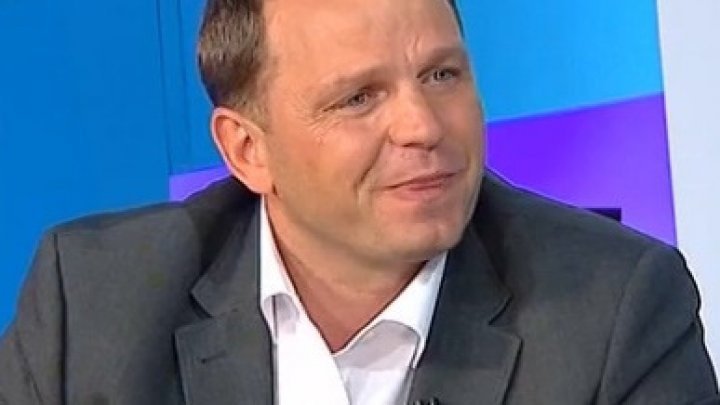 He owns ten houses, 11 lands, two cars and bank accounts in foreign countries. For three months, he gets the deputy salary, even thought the Parliament is not working. These are only some of the goods declared by Andrei Nastase at CEC.

With all these, Nastase asks people to invest in him. Yesterday, at Jurnal TV, he asked the citizens to fund his party.

"-I want to make an appeal to the businessmen. -Do it. -Dear friends, it is very hard without your help. Come here and donate", declared Andrei Nastase, PPDA president.

Before the February 24 election, Andrei Nastase asked people to give him money for the election.

According to a financial report of PPDA, the commission received 91 thousand lei from donations.

Alexandru Machedon offered the highest amount of money to the party.

Even thought Andrei Nastase always complains that he doesn't have money, he transferred money on the accounts of his mother and his wife.

"I built a house and bought a land. A part of the money that I have I transferred on the accounts of my mother", said Andrei Nastase, PPDA leader.

Even though the Parliament wasn't established yet, Andrei Nastase and many other deputies receive a salary.

Natalia Morari:"Is the deputy salary enough for you? Nastase: I don't think so. You can't afford many things by having such a salary."

Even if he has big expenses, Nastase didn't pay any taxes in the past years. As a result, recently, Sergiu Sirbu DPM deputy asked the State Fiscal Service for information about the income taxes.

"Mr.Nastase declared he doesn't have any incomes in the Republic of Moldova. At the same time, he declared the incomes he receives from his activity in Germany. Let us know if he really has certain activities in Germany", declared Sergiu Sirbu, DPM deputy.

In his income declaration, Andrei Nastase said he has a salary worth 68 thousand Euro from a German company. Another source of income is the allowance of his children who live in Germany. The sum reached 14 thousand Euro. The former prosecutor also owns some lands that be bought between 2004 and 2017 worth 420 thousand lei.