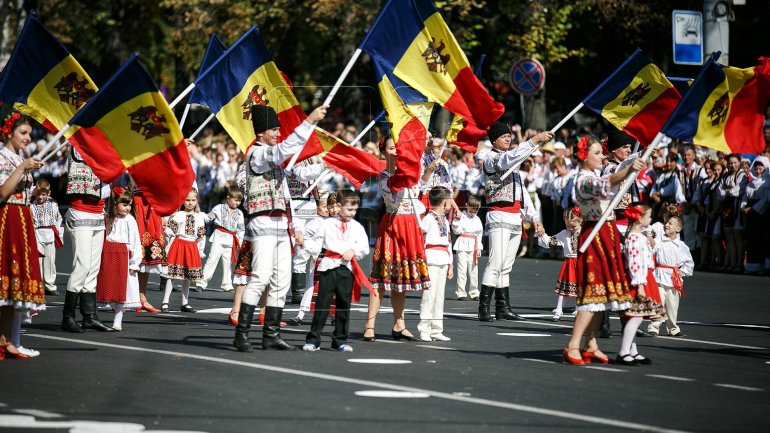 Moldova today is celebrating its 26 years of independence. The row of events begun since morning, when flower were laid down, afterwards the party moved to the Great Assembly Square, where thousand of people participated in the traditional clothes parade, later on starting the traditional dances.

The mood was raised by the "Fratii Advahov" Orchestra along whom sung many local performers of traditional music.

Let us not forget about the group of young people, who have brought to the capital an enormous flag of our country and stretched it across the Great Assembly Square.

The peak of the event are the Smiley and Holograf band from Romania, as well as the Russian singers Dmitri Malikov, Nicolai Baskov and Polina Gagarina, who took the effort to prepare for our citizens an unforgettable day at the Great Assembly Square.

At midnight, the organizers will present us with a lasers show.

You can watch the live broadcast of all those events on Publika TV and Publika.md