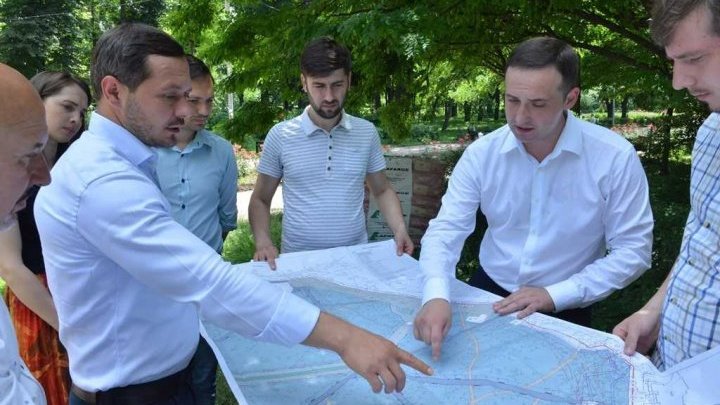 The renovation workings of the Alunelul Park of Buiucani sector of the Capital has started. At the place was present the General Interim Mayor, Ruslan Codreanu, the sector's pretor, Vadim Brinzaniuc, the entrepreneur.

The first stage for the reconstruction of the Alunelul Park will last 60 days and it's referring at infrastructural works: the arranging of the rest zone and also the bicyclist's track. According to the project, the main alleys will be paved and the rest will be asphalted. The entrance to the park will also be renovated, will be installed new curbs, and on the entire territory will be arranged a beltway provided for sportsmen and bicyclists.

The next week will begin the works to arrange the new sanitary group. In the Alunelul Park will be located the first modern WC of the eight which the municipality is renovating this year in Chisinau.

At the second stage of works is following to be installed the public and decorative enlightenment, the urban furniture and at the end is planned the arrangement of the concert scene. Also within the renovating workings, is following to be arranged a mini-football stadium.
AFLĂ imediat Știrile Publika.MD. Intră pe Telegram