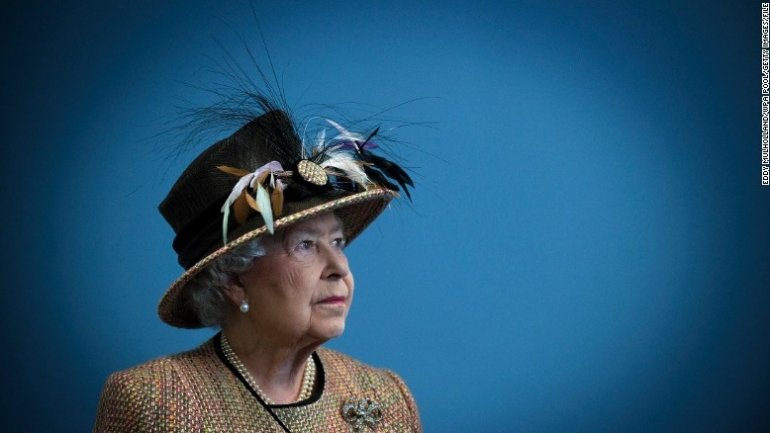 On the day she turned 21, the then Princess Elizabeth pledged to dedicated her life to serving the Commonwealth, in what has become one of the best-known and most moving public declarations of her long reign.

Surrounded by her family, at the close of a week that has cemented her Commonwealth legacy for a new generation, the Queen celebrated her 92nd birthday in some style, with a Royal Albert Hall concert designed to honour all she has done for her country.

With a line-up of music from each decade of her reign, the concert marked not just, as Her Majesty put it, “another birthday”, but the culmination of a lively week which brought all corners of the Commonwealth to London.

Introducing the evening the Prince of Wales led the birthday wishes with a touching written tribute to his mother.

“While all birthdays are special, this year, the Queen’s birthday falls at the end of the week-long Commonwealth Summit in London, which has brought together 53 countries.

“Tonight we reflect on the pledge made by the Queen on her 21st birthday in 1947 in South Africa, to serve the Commonwealth for her whole life.

“With my father, the Duke of Edinburgh, at her side, the Queen has dedicated herself, throughout her reign, to serving the United Kingdom and the other countries of the Commonwealth.

“Tonight we pay tribute to her devotion to duty, her steadfastness in times of uncertainty, and her vital role in uniting people from all walks of life through her enduring strength and humanity.

“With my family, I join you in wishing my mother, the Queen, a very happy birthday.”

The Royal Family were out in force once more, after spending the week dropping in to forums, roundtables and Buckingham Palace receptions to lend their support to the Commonwealth Heads of Government Meeting.

The Saturday night concert saw the Queen flanked by her son and heir, the Prince of Wales, who was this week secured in the position as the next Head of Commonwealth.

Her grandsons, the Duke of Cambridge and Prince Harry, joined them, with Meghan Markle, who will become the newest member of the Queen’s Family at her Windsor Castle wedding in May.

The Duchess of Cambridge, who is expecting her third child any day now, stayed at home with Prince George and Princess Charlotte, able to watch the show on television along with millions of others from the comfort of her own sofa.

In a speech, Prince Harry wished his grandmother a very happy birthday, announcing the official launch of her Queen's Commonwealth Trust as a present.

Addressing her from the stage, he joked she is not always "easy to buy gifts for", saying the Trust and its work with future of the Commonwealth would be the perfect present.

"Your Majesty, happy birthday," he said.

As the Duke of Cambridge whispered in her ear, perhaps explaining the finer points of who each performer was, the Queen clapped enthusiastically after songs from Luke Evans, singing Oklahoma, Sting and Shaggy, and Kylie, accompanied on stage by a group thrusting cowboys.

The undoubted stars of the show, though, were the George Formby fan club, led by Frank Skinner, Harry Hill and Ed Balls, who played a cheery rendition of When Im Cleaning Windows.

As footage of Formby from the 1930s played, the Queen was seen nodding her head in time as Prince Charles's and Prince William beamed on either side of her and the Countess of Wessex and Princess Beatrice danced in their seats behind.

Chosen to represent the full breadth of the Commonwealth, from Canadian Shawn Mendes to South African male choir Ladysmith Black Mambazo, some members of the line-up may have been more familiar to the Queen's grandchildren than her own generation

But concert organisers were sure to be on safe ground with songs from Oklahoma and a ukulele performance from 40 members of the George Formby Society.

Formby himself is known to have been invited to play for Princess Elizabeth and Princess Margaret at Buckingham Palace when they were children, with the Queen rumoured to have once triumphantly claimed: “I know all his songs and I can sing them.”

The event was organised by the Royal Commonwealth Society, which has the Queen as patron and is 150 years old this year, and hosted for the BBC by Zoe Ball, who described it as “what must surely be the best birthday party ever”.