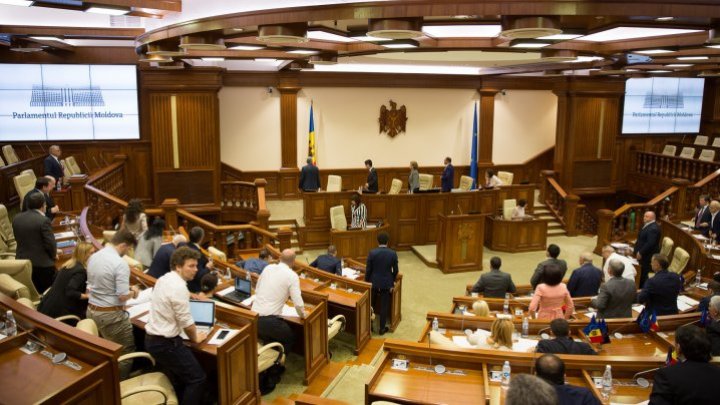 The public parliamentary consultations don't allow anymore the parting members to express their ideas and visions. The President of the Restaurants and Leisure Places Association, Aneta Zasavotchi wrote on her Facebook page that her microphone has been shut twice while she was presenting the recommendations regarding a parliamentary project. Aneta Zasavitchi also writes that any person who shared another opinion than of the MPs was immediately interrupted and silenced.

The young lady also said that during six years of participating to such consultations, has never seen such cases.

'Being a representative of an Association made according to the law, I participated on July 17 at a public consultation within the Parliamentary Commission of the Republic of Moldova, regarding the modification of the anti-tobacco law as an interested part.

As an interested part, I couldn't present my recommendations regarding this project because my microphone was shut twice!

Every present person from the consultations which had a different opinion was interrupted in the middle of the speech and if they would not comply, their microphone would be immediately shut.

During my six-years activity within the association, I took part at many sessions, debates, consultations, on more complex subjects and with more diverse expressions, some of them being verbally aggressive, contrary with others, scandalous, but never, for six years, I haven't seen a MP doing things like this. More than that, to treat people with such arrogance, to interrupt and to shut someone's microphone.

At consultations, people are listening to each other regardless their different opinions, political side and try to find a common solution for everybody.

Three weeks ago, this modification of the law project was quickly sliding through the parliamentary commissions, in a hiding mode and we could hear only rumors about it. During five days, it got through seven parliamentary commissions and on July 17, during the public consultations, we could not express because our microphone got shut down', said Aneta Zasavitchi, the president of the Restaurants and Leisure Places Association.
AFLĂ imediat Știrile Publika.MD. Intră pe Telegram