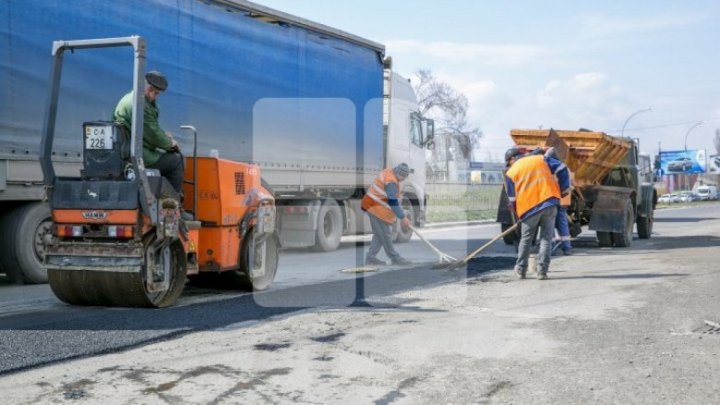 The program Good Roads 2 was stopped in all the country's localities. According to the State Administrative Chief of the Roads, Gheorghe Curmei, the roads have not been rehabilitated since then.

Last year, within the program 'Good Roads 1' from Zberoaia, Nisporeni were asphalted more parts of the road which led to the church and to the Family Doctors Center. This year, the administration had planned to rehabilitate the road to school, with a length over 1,6 km.

The villagers lost their hope for the locality to have better roads.

The same situation with Nisporeni city roads, which were asphalted on a three km length last year. This year the local authorities have planned to improve the access to the Hospital and to the Family Doctors Center, but here the project stopped.

Last year, within the program 'Good Roads 1', Nisporeni's roads were asphalted on a 26 km length. For this year were planned another 30 km.

The State Administrative Chief of the Roads, Gheorghe Curmei, declared that the institution implements projects with the Economic and Infrastructure Ministry's allowance and until now were continued only the workings started by the program 'Good Roads 1'.
AFLĂ imediat Știrile Publika.MD. Intră pe Telegram