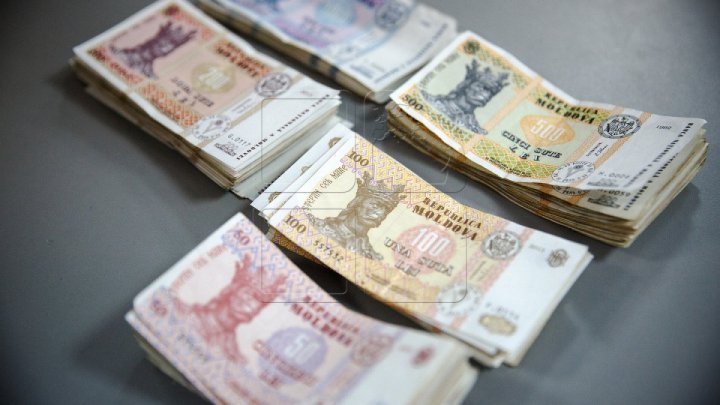 In 2019, we are witnessing an acceleration of inflation, which will continue in 2020. In August 2019, prices increased on average by 5.3% compared to the same period last year. But if we look at the price structure, then we see that the biggest increase was in food products, which increased by 8.1% during this period. Namely, the increase in prices for food products and creates the sensation of increase in the population, and the most affected are the pensioners and the socially vulnerable strata. About this he wrote the economic expert, Veaceslav Ionita on his blog.

If in the population with average incomes the expenditures on food are around 20-25%, then on pensioners and the poor, the food 'eats' more than half of their budget. From this perspective for pensioners and socially vulnerable blankets, the most important indicator is: rising food prices. In 2019 they will grow much more than the indexation of pensions.

Respectively, even if the nominal pension has increased, pensioners will still be able to purchase less food in 2019 than in 2018. 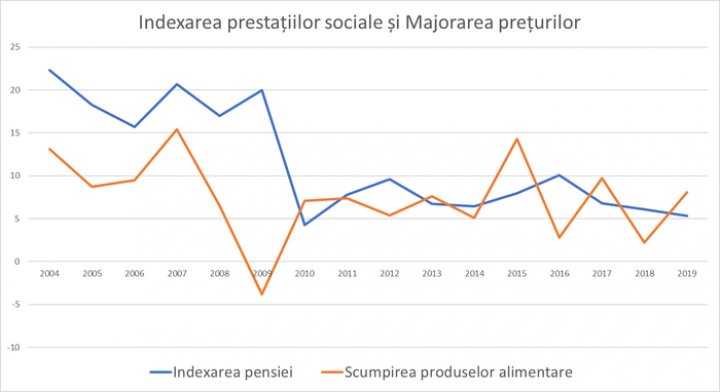 From the chart we see that in the last 10 years in five years of days the prices for food have increased more than the indexation of the pension. In 10 years, the pension in nominal value doubled, but also the food products doubled. So pensioners, even if they currently have a pension twice as high as in 2009, can still buy the same amount of food as 10 years ago. 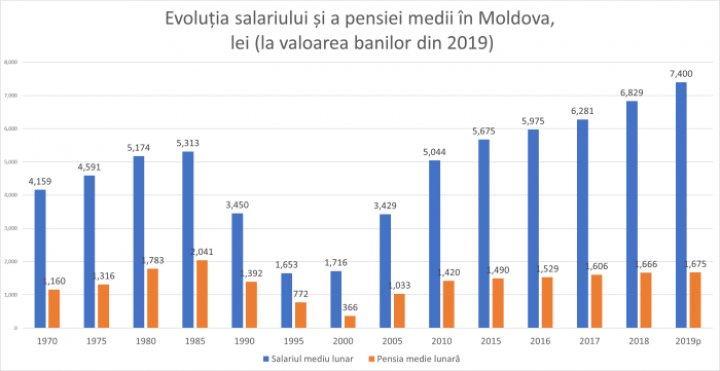