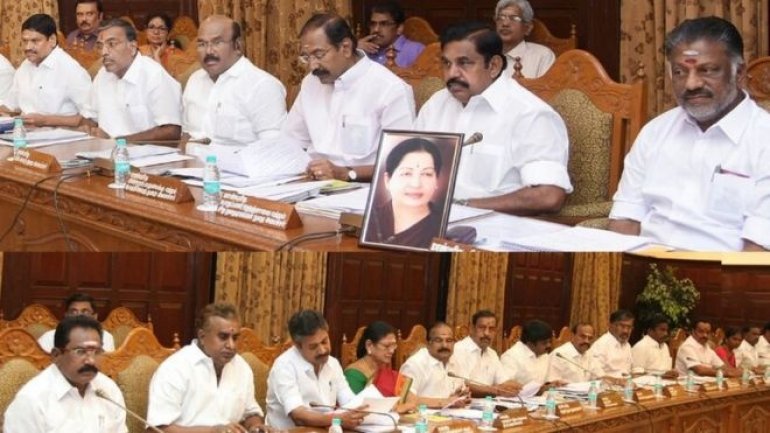 She has been in hospital since 22 September, and anxiety about her health has grown in the absence of clear information about her condition, BBC reports.

Her party, which forms the state government, recently announced that she had transferred all her portfolios to her deputy OP Panneerselvam, who has stood in for her in the past. However, it was made very clear that she would remain chief minister.

So how then does her cabinet meet in her absence?

They seem to have found a neat workaround - a photograph. An official picture released by the state government shows Mr Panneerselvam at a cabinet meeting with a framed photograph of Ms Jayalalitha prominently placed before him. And it's not just cabinet meetings that the photograph is attending. It is also present at review meetings of several ministries.

Mr Panneerselvam stood in for the chief minister on two occasions while she was in jail on corruption charges, but he has always taken great pains to show he is not replacing her.

He made it a point to never sit on her chair, because he felt she still "occupied" it. He preferred, instead, to conduct his meetings while sitting on a chair at the other end of the table.
But the photograph is a new addition.

Not everyone finds the development amusing though.