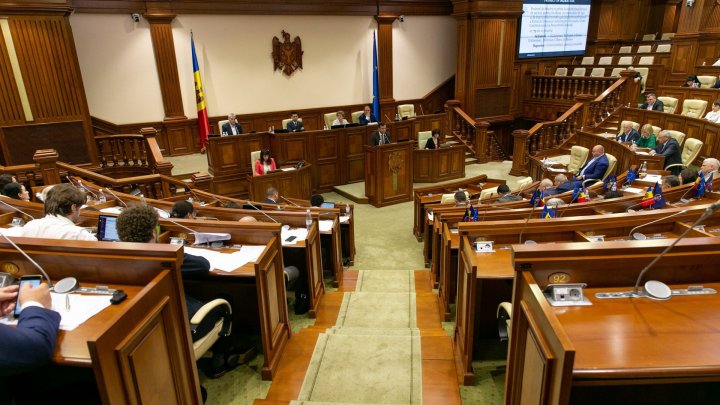 Beginning with today, the MPs are in vacation. At the yesterday session, the last of the spring meetings, the MPs concluded about their last two months of activity. Some of them were grateful, others criticized.

The PPDA MP Octavian Ticu asked his colleagues to remember their promises.

'I want to ask my Socialist colleagues to stay faithful to our promises', Ticu said.

'We would want the governance to respect the opposition. We want the Parliament not to still apply the guillotine method, so the MPs not to announce criminal sentences through the press and to respect the state justice', Tauber said.

The PPDA leader Alexandru Slusari had a very fierce speech and with a lot of criticism addressed to the former governance.

'The free speech is DA Platform and ACUM Block's wish. It is great that our people can freely speak, fearing nothing', Slusari said.

Moreover, the PDM leader urged the PSRM-ACUM MPs to start working when returning from vacation and to not point fingers further.

'We will help you to bring the state order. We have all-area specialists. PDM is as strong as you altogether. Now you are the governance and we stay in opposition', Dumitru Diacov said.

'I prepared no speech but if I listen to Diacov's one, I can tell that this is awaiting for us if we'll not have lack of wisdom', said the PSRM leader, Vlad Batrancea.

The parliament's Speaker mentioned of the PSRM-ACUM's Alliance good start.

'For the first time, the parliamentary majority from our country received credits from the Western and Eastern World Powers. This way, the Republic of Moldova can be an example as a peaceful solving of the political crisis', Greceanii said.

Within the 16 plenary sessions, the MPs adopted 19 draft laws and 57 decisions. Zinaida Greceanii announced of returning on August 12 for the special meetings.