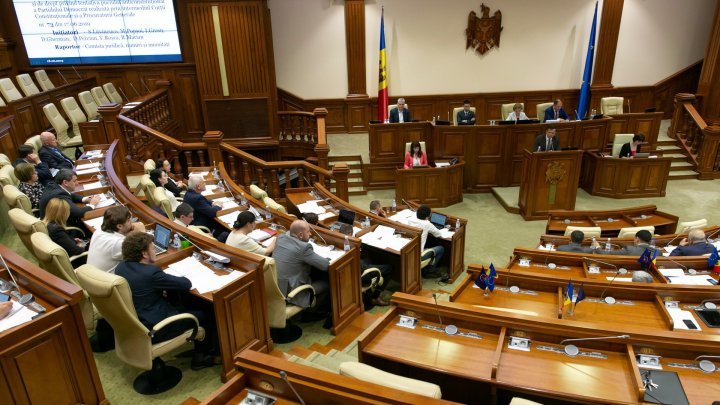 The Parliament has convened today in a plenary session to initiate the dismissing procedure of the General Prosecutor, Eduard Harunjen.

In the context, the Democrat Sergiu Sirbu declared the need of respecting the law, to not hurry, or someone from the Diplomatic Corp would also assist at the Thursday's session of the Legislative.

'We understand that we have a single subject at this session, but it doesn't mean the procedure to deploy in non-conformity. I want you to know that the project was registered at 08:15 and at 09:00, the Bureau approved the agenda and in a few hours started the Parliamentary session, I don't understand the hurry, if we have the session on Thursday. According to the regulation, the Bureau's agenda is issued with two days in advance. We need to respect the law. We must come back at the session on Thursday or Friday, maybe Diplomatic Corps will also want to assist', mentioned Sergiu Sirbu.

We remind that ACUM-PSRM Alliance requested the dismissal of the General Prosecutor, after he announced in a press-conference about finishing the General prosecution's investigation and that there is a synthesis of all that means bank fraud.