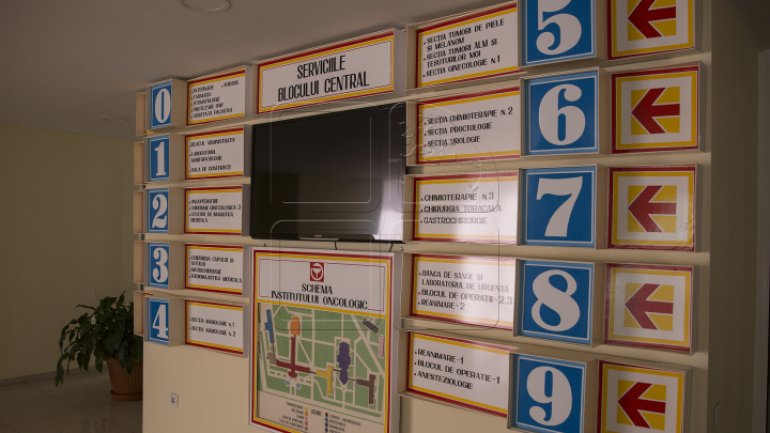 The Oncology Institute's laboratory is gradually overloaded . Number of surveys conducted has increased by 11 per cent in recent years.

Growing number of people diagnosed with cancer but also the fact that doctors in districts often request unwarranted expertise to the laboratory, are two of main reasons for this actual situation.

Last year, nearly 130,000 biological samples were investigated in laboratory of the Oncological Institute. As a result,11,000 people were diagnosed with cancer.

In order to reduce requests to the laboratory, several medical offices were opened in district hospitals where cases can be checked by oncological experts in advance.

"Everyone will be able to consult this expert and further ask for their issues" said the director of the Oncology Institute, Larisa Catrinici.

In fact, lack of specialists in morphopathology hampers the laboratory's works. At present, doctors from laboratory have to cope with triple workload.

"We have employed only a graduate majoring in morphopathology this year." said Larisa Catrinici, director of the Oncology Institute.

Some patients complain that the results of the analyzes are sometimes released after a few weeks.

Only in six months of this year, nearly 66,000 analyzes were conducted in the Oncology Laboratory, resulting in nearly 5,300 new cases of cancer. At present, over 50,000 people in our country suffer from oncological diseases.