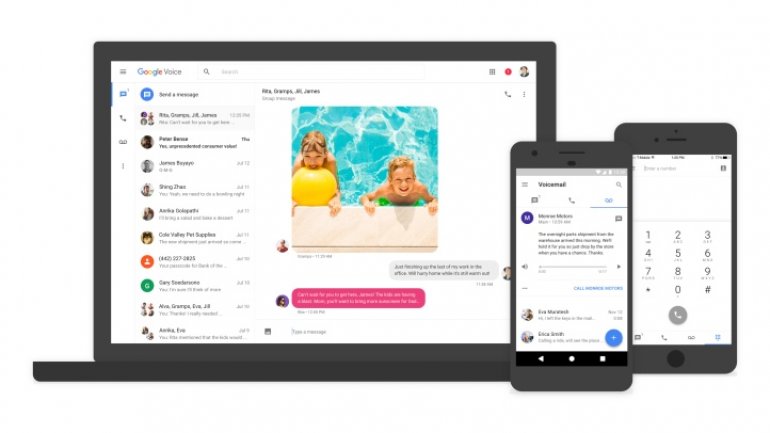 Confirming reports from earlier this month that a Google Voice update was in the works, Google today has launched a refreshed version of its VoIP calling service on mobile and the web, according to techcrunch.com.

Largely, the update is about giving the product a more modern look-and-feel, after having not received a major upgrade in years. But the relaunch also includes a few new features, like support for photo-sharing, group conversations, Spanish-language voicemail transcription, and more.

In the new app, the Google Voice inbox has separate tabs for your text messages, calls and voicemail, explains Google in its blog post about the update. Your conversations will now stay in one continuous thread, which makes it easier to keep up with the messages from your contacts in a single place.

Meanwhile, the new Google Voice feels more like a viable alternative to your default messaging client, as you can now participate in group conversations and send photo MMS messages. Threaded conversations are supported too, and Google is working with mobile operators to bring rich messaging through RCS to its users in the future.