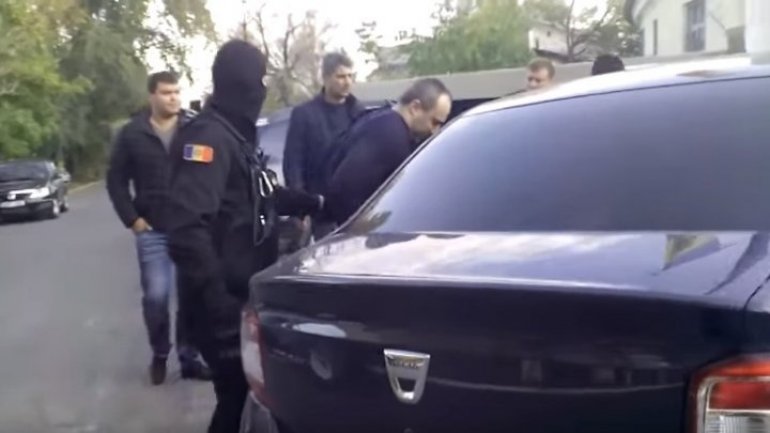 The PCCOCS prosecutors have detained former DOS officer Vitalie Lozovanu, who used to be imprisoned in Penitentiary No. 13 for a year, being  indicted in a drug trafficking file.

Today, Lozovanu was to be released from the Penitentiary, but at the exit of the detention facility, he was detained by law enforcement regarding another case.

The moment when Lozovanu was detained by at the exit of the penitentiary surprised a Today.MD reporter staying around.

According to Vitalie Busuioc, Deputy Deputy Prosecutor of the Prosecutor's Office for Combating Organized Crime and Special Causes, the former police officer was suspected of influence and corruption.

Lozovanu was escorted to the PCCOCS headquarters, will be detained for 72 hours and charges will be identified.

We recall that Vitalie Lozovanu, who was transferred from DOS to IP Ciocana, was detained last year by the prosecutors of the Prosecutor's Office for Combating Organized Crime and Special Causes in collaboration with the INI Drug Division's employees, suspected of leading a criminal group specializing in drug trafficking in particularly large proportions.

Lozovanu was detained on October 26, 2016, along with 12 other people, including a health worker, after the PCCOCS prosecutors had carried out 28 searches in a case concerning illicit trafficking heroin.

The group was documented by the law for three months. It was established that they had done "business" with heroin smuggled in Moldova through Lozovanu, then delivered to the suppliers, two of whom were waiter at a nightclub and a doctor.

Dumitru Ştefârţă then declared that this group managed to sell about half a kilogram of heroin, from which they received an amount of about 700 thousand lei, and 90% of this money was collected by the police officer, the remaining 10 percent - by the other intermediaries.