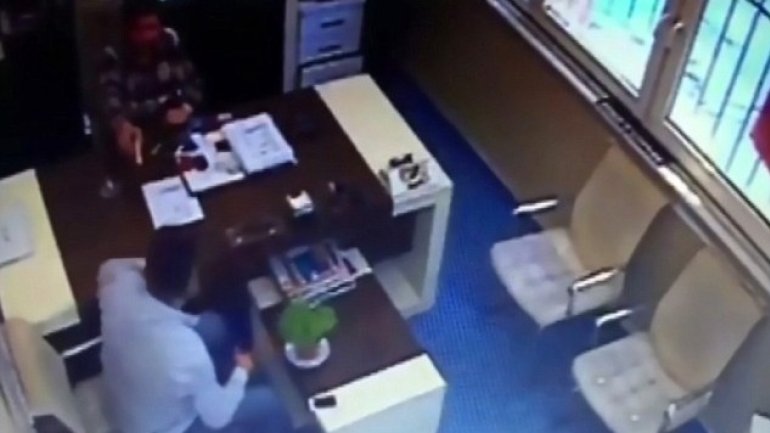 A man in Turkey as been arrested after accidentally shooting his friend dead while fooling around with a gun, Daily Mail reports.

The incident was captured on CCTV security cameras in an office in Istanbul, Turkey.

The victim, named only has Yigit A, 30, had gone to visit his friend, Baris K, in his office when the the shooting occurred.

The incident happened in the Zeytinburnu district on the European side of Istanbul, just outside the walls of the ancient city.

While they were chatting, Baris K pulled a handgun from the drawer of his desk, pointed it at his friend and pulled the trigger.

But to his horror, it turned out that the gun was loaded and he shot Yigit A in the chest.
The men ran out of the office where Yigit A collapsed in Baris K's arms.