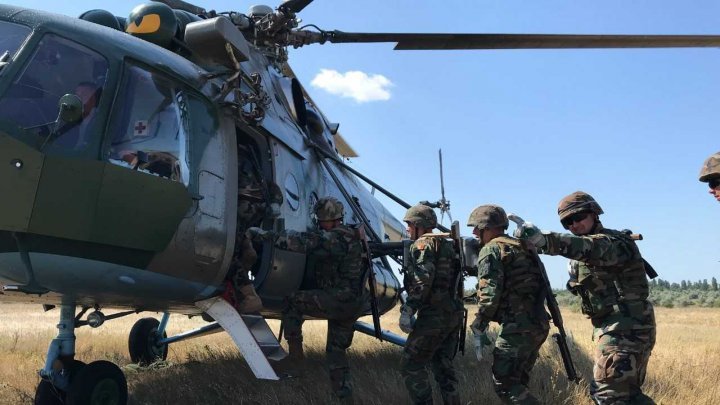 The Military recruits of the National Army, participants in 'Sea Breeze 2019' Program, which started on July 8, conduct active exercises in the Odessa and Mykolayiv regions.

According to the commander of the Moldovan force, Major Ion Cotofana, in the July 8-11 period, the Moldovan officers and petty-officers are acting within a multinational infantry company, from which are making part also the Ukrainian and Georgian military forces.

The Mayor Cotofana stated that the military recruits are operating standard exercises at the custom controls, the cordon spreading actions and verification and also infantry arms shootings from the National and Ukrainian Army's equipment.

Also, according to the exercise's scenario, the Moldovan peacemakers, along with the Georgian and Ukrainian ones, are deploying embarkation and disembarkation actions from the Ukrainian Navy Yuri Olefirenko, using vehicular warfare.

The source previously noted about the 49 military recruits of the peacemaking 22nd Battalion, which are at the Chabanka polygon, were involved into the airdropping actions through 'rapel' method, from the Ukrainian MI-8 helicopter.

This year, the National Army takes part at the 'Sea Breeze 2019' with 54 military recruits from the 22nd peacemaking Battalion and the General Staff and 11 units of HMMWV model technology.