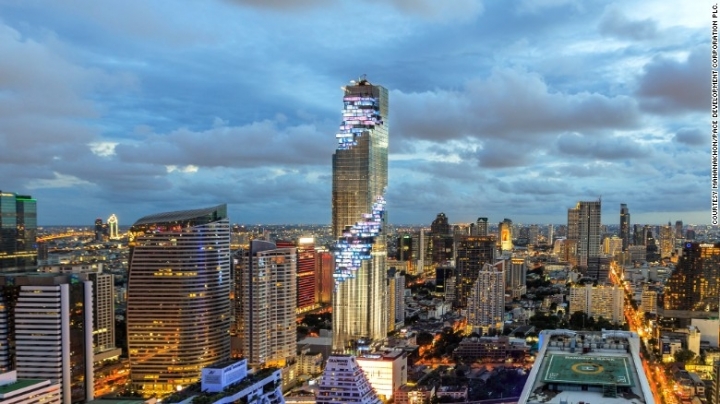 "If you look at my buildings, they are not all the same. They are different because different situations inspire and require very different answers."

In line with that philosophy, MahaNakhon -Scheeren's pixelated vision of a luxury mixed-use tower situated in Bangkok's business district - looks little like the rest of his repertoire.

Based on the shape of an extruded square, the building's central tower rises up and connects a large number of small-scale geometric extrusions to create the image of an unfinished building, or a Jenga game in progress.

"MahaNakhon is a vision of a tower that is very much about process, about becoming, about developing," Scheeren says of the building.

The architect himself lived in Bangkok in the late 1990s, an experience he says connected him deeply to the city's fabric and people.

MahaNakhon itself has withstood two revolutions, a coup and nationwide flooding in recent years but it will become the city's tallest skyscraper upon its completion later this year -- "a testament of strength" according to Scheeren.

But while the building may tower above this sprawling metropolis, Scheeren says the design's distinct façade and use of space is intended to strike an ongoing dialogue with the city and capture its intensity.