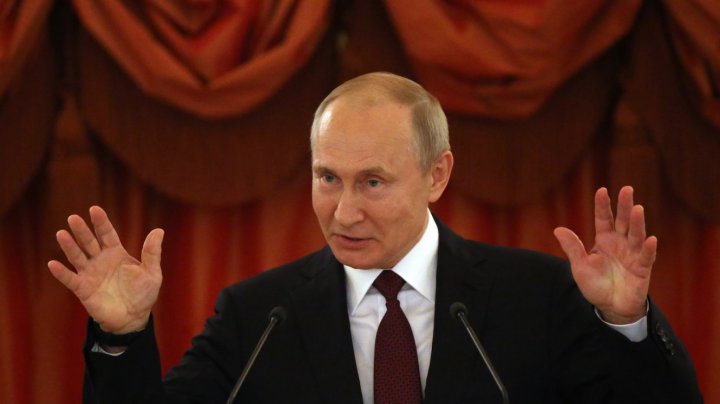 Saakashvili explained that the intention of the Russian leader is to force these countries to declare their neutrality in order to "weaken" their leaders, reports rbc.ru. Saakashvili believes that Putin wants to rebuild USSR by 2024.

The Russian presidential administration reacted to these declarations stating that "there are no such plans". Kremlin spokesman Dmitri Peskov added that Russia does not negotiate with Georgia a neutrality status, according to Ria Novosti.

In August, the Kremlin leader refused to clarify what plans he has after the president's term: "It's too early to talk about 2024. We're in 2019," Putin said.

Bloomberg wrote in July that a scenario for Vladimir Putin's future after 2024 is to remain as Prime Minister after his term ends.

Former president of Georgia and former governor of the Odessa region, Mihail Saakashvili, returned to Ukraine in May.
Saakashvili was deprived of Ukrainian citizenship in 2017, following a decree signed by Petro Poroshenko, who also granted Saakashvili with citizenship in 2015, so that he could hold the position of the Governor of Odessa.
Saakashvili also had a ban on entry to Ukraine until 2021. In the Ukrainian presidential campaign, Saakahsvili supported Zelenski, who praised the former Georgian president.