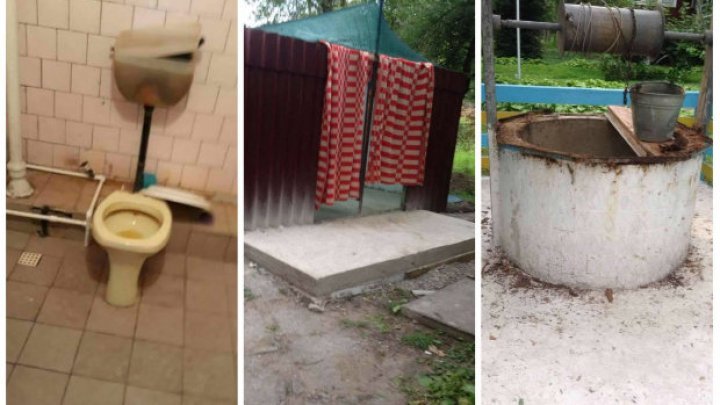 The Ministry of Education, Culture and Research confirmed that in the rest camp ”Trandafirul”, situated in Vadul lui Voda, have been detected irregularities. The horrifying camp was inspected yesterday by  Secretary of State in Educational domain, Angela Cutasevici, where 13 children with the age between 11 and 15 years old have been beaten by their supervisors with a metalic crowbar.

The administration of the rest camp didn't allow the official to entry on the territory, they invoked the reason of a privat property. It took 30-40 minutes, till the watchman opened the gate, at that time 7 teenagers were missing.

The Secretary inspected all the builings, kitchen, bathrooms, shower cabins, all the places were detected to be insanitary and poor conditions.

From all this considerations, the activity of this institution should have been suspended before the incident  on the night of 7 to 8 August occurred. Or, according to point 14 of the 2nd approved Regulation on Service of Information and Communication with the Mass Media by GD no. 334 "in case of the provisions nonobservance of the legislative and normative acts referring to safety of children's lives and health (hygienical conditions maintained in the rest camp, nourishment organization, observance of the activity schedule) the competent authorities shall recall the activity authorization until  the reasons which led to the adoption of that decision will be eliminated."

The Ministry of of Education, Culture and Research is against all the forms of violence. Eerybody who commits ir admitts agression should be excluded from the educational system and be hold to liability.

Today, will take place the gouvernamental committee for organization and monitoring the summer rest of the children and teenagers, at this committee  are invited the representants of National Agency for Public Health, of State Inspectorate of Work, of Academy of Economical Studies of RM, of Cityhall of Vadul lui Voda, of Educational Department of Hancesti and the economical agent which managed the rest camp.

In this committee  will be disscusted and analized the case details, all the documents related to auction of the tickets, contract of location, activity plan of the rest camp, and others. The Ministry is considering that the rest camps should be for children's rest and not for the local public authorities rest, which must have been solved this kind of situations" is shown in a press release made by the Ministry.