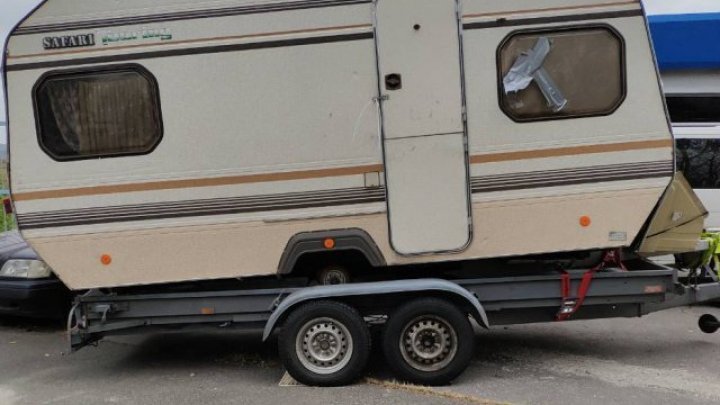 Homeless, they have lived in caravan for four years right in Chisinau center. Over time, they have asked the state for fair justice, better living conditions or increased pensions.

In September 2016, civic activist Andrei Donica became a star after he poured a bucket of milk into the head of the Minister of Finance of that time, Octavian Armasu. Nearly three years after the incident, Donica re-installed caravans closer to Armaşu, who is now governor of the National Bank.

"Why are you protesting here today?"

"You know, this is a rather complicated question for us, retirees."

Gheorghe Grumeza was a primary school teacher and says he has a pension of 1000 lei. To have some money for food, he works day by day as a baggage handler at the Central Market.

Irina and Mihai live in another caravan. They are a couple moving in wheelchairs. They want to raise the invalidity pension and hope to be heard.

Protesters claim that they have sit in front of National Bank headquarters for week.

"I don't like to live like this but if the state did something for us, it would be different", said the protester.

Over time, caravans now installed near the National Bank were parked in front of several public institutions: the Government, the Buiucani District Court and the General Prosecutor's Office. The organizer of the protest on wheels is activist Andrei Donica. He refused to be filmed or talk to our reporter.