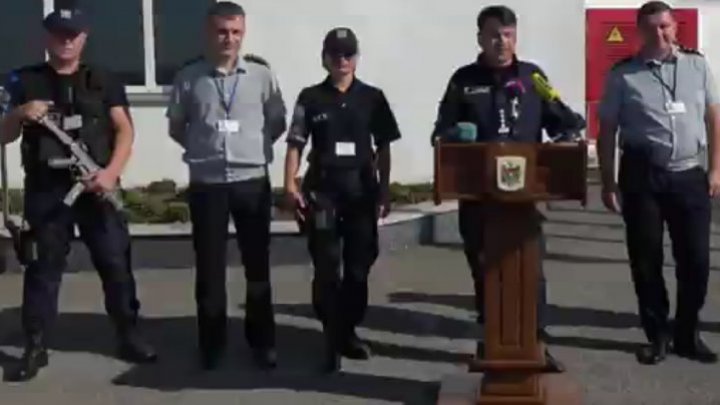 The Head of border police Rosian Vasiloi came to a press conference with more armed border policemen. Vasiloi did not confirm doing that of safety requirements or wanting to intimidate the journalists.

'In the first place I want to thank you for accepting us today on the runway of the International Chisinau Airport, don't know if you had such an occasion before', Vasiloi said.

This in the wake that on the airport's runway, during the years, were organized multiple events to which attended journalists and simple citizens.

The Head of the border police was hardly reading his written speech. He was interrupted few times by the noise of the airplanes. The noise made troubles during the discussions between Vasiloi and the journalists.
AFLĂ imediat Știrile Publika.MD. Intră pe Telegram