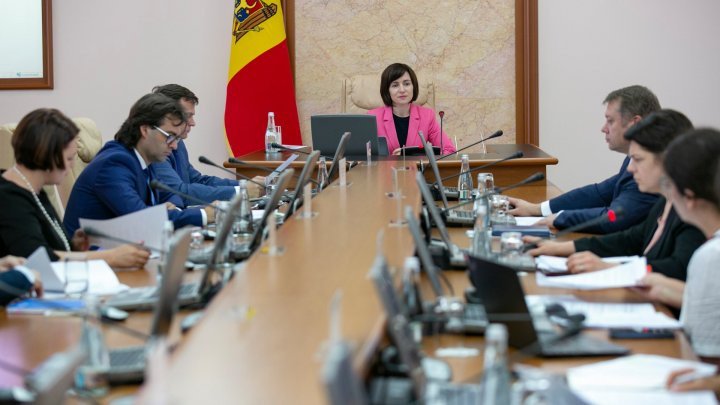 The Government approved the draft law on the modification of the provisions regarding the appointment of the Prosecutor General. For it gave the vote and the Minister of Defense, Pavel Voicu, who said that the topic was discussed including the country's president, Igor Dodon.

According to the Minister of Justice, Olesea Stamate, it is proposed to create a special commission that will pre-select the candidate for the future Prosecutor General.

'We propose the establishment of a commission, created by the Ministry of Justice, which will make a pre-selection. The composition of the Commission will consist of the following members: the Minister of Justice, a former prosecutor or a former judge with at least 10 years of experience, an international expert with great experience in the Prosecutor's Office or in the anti-corruption field, a recognized expert or a senior lecturer in the law field, a civil society representative, a nationally recognized expert will be appointed to the Commission by the Parliament Spokesperson of the Republic of Moldova. The members of the Commission must meet an impeccable reputation and have at least 10 years experience in the specialized field', Olesea Stamate said.

At the same time, the Minister of Justice said that, according to the provisions, the commission will nominate at least two candidates: 'The Commission will conduct a public contest, at least two candidates will be selected according to the criteria provided in the law and will be proposed subsequently to the PSC, and the PSC will choose from the short list. Later, the PSC will decide on a single candidate who will be nominated for president of the country. The PSC may refuse one or more candidates by a reasoned decision. At the same time, the PSC may return the list of candidates to the Ministry of Justice if it will be established that the candidate pre-selection process has been prejudiced.

Another modification of this draft law is related to the criteria for matching the candidate to the position of Attorney General.

'The proposal is that the experience criterion for the candidates for the position of Attorney General be 5 years for former prosecutors and judges, 7 years for those who have experience as a lawyer or criminal prosecution officer. At the same time, we propose to expand the number of CSP members with another three members, from 12 to 15: two to be law members, one is the president of the Moldovan Bar Association and the other the People's Advocate. And another member to be appointed by the Government', Olesea Stamate said.

PUBLIKA.MD recalls that the post of Prosecutor General remained vacant after Eduard Harunjen resigned. Currently, the ad interim is exercised by Dumitru Robu, about whom the press has written that he is Andrei Nastase's man.

Moreover, just a few days after Robu's appointment, he started a criminal case for usurping power in the state, at Nastase's request.