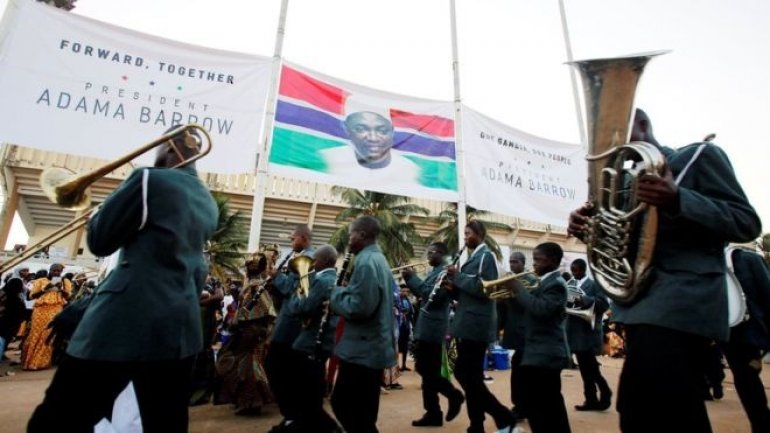 Thousands of people are gathering in The Gambia for the inauguration of the country's new president, Adama Barrow, after a lengthy power struggle forced him into exile, BBC informs.

Various African heads of state are expected at the ceremony.

Mr Barrow is only the third president in the history of The Gambia.

He was sworn in last month in a low-key event in neighbouring Senegal before his predecessor agreed to step down.

Saturday's much larger scale ceremony is taking place in a stadium near the Gambian capital, Banjul.

Crowds queued through the night to get a good spot inside the stadium and witness national history.
Brass bands prepared to play and flags waved.