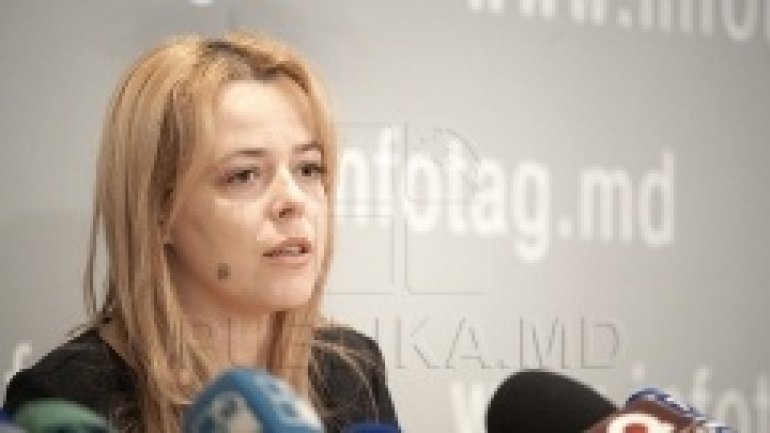 A woman in the capital says the members of a criminal group which included lawyer Ana Ursachi and her husband, Ruslan Moiseev have been allegedly dispossessed her of her apartment.

The woman tells these people gave people money with loan percentages, and soon after came and took their goods or property, while abusing them. The number of victims is estimated at several dozens of people.

19 years ago, Natalia Cemortan wanted to open a business. The woman need $4,000, to buy clothes in Turkey and sell them in the markets of our country. The single mother asked strangers to borrow her money. Natalia says she found an ad in the newspaper, of which she learned she can get the desired amount, by paying 10-per-cent monthly. People who have offered the loan, have asked to pledge the apartment. The victim claims she signed the property in the name Fiodor Trisin, the man who loaned money.

"After half a year, nine criminals came to my door. Among them was Moiseev. They broke down my door and stormed into the house. They hit my son and my mother, who later arrived at the hospital infarction " , confessed Natalia.

The woman says she returned the money as agreed, but the criminals have not returned her home. Even if Natalia lives in that apartment, the building officially belongs to Fiodor Trisin. He escaped in Russian Federation, and is internationally search. Natalia fears the man may return at any moment and take her house. Together with other victims, she tries to do justice:

"Now we are seven victims. I hired a lawyer, but my case was closed. Trisin had known people everywhere, prosecution judges and was winning every processes."

Natalia says that a woman was part of the criminal group, which left her homeless. She recognized her on TV whille watching the news. It's the lawyer Ana Ursachi.

"They are in the same band. Ana Ursachi and her husband. They were trying to convince me to give them my apartment, while they give me money for a month" , added the victim.

According to the woman,  nearly 70 people have suffered because of this group, mostly men from poor families, pensioners and the disabled.

PUBLIKA.MD recalls that Ana Ursachi is prosecuted for murder and could be announced in internationally wanted, if she does not apply to the General Prosecutor Office.

However, Dumitru Stefarta prosecutor has confirmed, referring to the data of Border Police, that the lawyer left the country.

For months, several people have been protesting at the headquarters of the General Prosecutor Office, demanding the arrest of Ana Ursachi. They ere also placing offence posters saying that 'the killer lives there' at the doors of the residential block of Ana Ursachi.