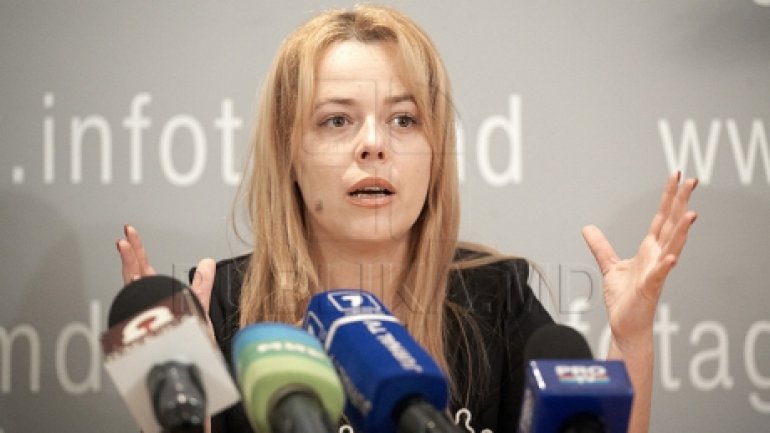 A documentary about the crimes of the lawyer Ana Ursachi has been aired. Today.md journalists present photos and video recordings, which served as evidence in a criminal probe. Those prove that Ana Ursachi was heading a criminal group, involved in murders and real estate deprivations.

According to today.md, the lawyer Ana Ursachi and her husband rented apartments, got information from neighbors, against money or vodka, and then chose their victims.

"Ana Ursachi and Ruslan Moiseev offered me a deal. For money, I was to steal the documents of Mrs. Manoli," said a witness named Sergiu Cuzmuc.

According to the probe, 19 years ago, Ursachi and her husband, Ruslan Moiseev, and other two individuals managed to illegally enter the possession of a teacher’s apartment, Liubovi Manoli, who they murdered later.

"On May 19, 1997, in the evening, Ursachi, Vilenco, Cuzmuc and Moiseev made her fall asleep, giving her a substance. Then they got her into the car of Ana and Ruslan. Cuzmuc, knowing a murder was to follow, left them, but the felony was accomplished by the other ones. Near Dobrogea, a village near Chisinau, they tried to strangled her and beat her to death. Seeing she was not dying they tied a big stone to her neck and threw her into a sewage hole."

"According to the witnesses, Ursachi Ana had the leading role. She was the head of the gang. Ursachi personally started to strangle my mother, and hit her with her fists to my mother’s head," says the victim’s son.

"She is a lawyer now. They were dealing with lies related to apartments, swindled elderly. I learnt they killed my neighbor,” says a witness.

"What followed is unimaginable for a state of law. The police, prosecutors, judges, all pretended not to see a detail: the felony was committed by a well-organized criminal gang. The gang had committed another murder just a month before killing the teacher Manoli. In an apartment, the police found the rotting corpse of a pensioner."

According to the documentary, Ana Ursachi managed to extricate herself from the criminal file with her father’s help. Having the support of the gangster Grigore ‘Bulgaru’ Karamalak, he managed to influence prosecutors and judges, introducing himself as the brother of the then Interior Minister Dumitru Ursachi.

The today.md journalists maintain that instead of staying in prison as her husband does, sentenced to 18 years, Ana Ursachi defends in courts people related to the Kremlin, involved in raids and money laundering.

"Renato Usatâi, Veaceslav Platon, Grigore Petrenco, the members of the DA Platform, Alexandr Petcov, all of them are her clients. Ana Ursachi defends them in courts, especially knowing that justice is blind, from her own experience. She likes to speak about the violations in the trials of her clients, but she stubbornly hides the details of her first file, in which the witnesses say she must be given a life sentence."

The lawyer Ana Ursachi did not return phone calls to comment on the accusations against her.