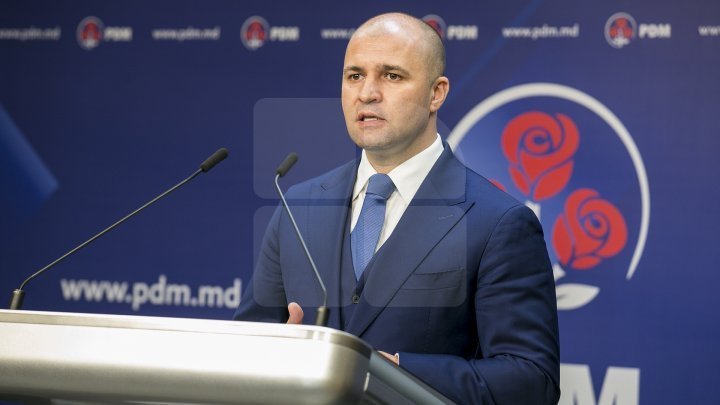 The Democratic MP Vladimir Cebotari might remain without parliamentary immunity and may be arrested. According to Newsmaker.md, this could happen in the coming days. The former Minister of Justice says he knows his arrest is being prepared, but he is not going to leave the country, but on the contrary, he will face all the pressures.

Moreover, the PDM MP accuses the Minister of Internal Affairs, Andrei Nastase, of being behind this initiative.

'Andrei Nastase is trying very hard and pressures different institutions to do this. I understand that Andrei Nastase is under a lot of pressure, including from the outside. So it wouldn't be a surprise, we have to wait. I know what it is about. About personal revenge or very serious requests from people who have a great influence on Andrei Năstase', said the PDM MP, Vladimir Cebotari.

About a week ago, Andrei Nastase said that he sent a notification to the ad interim Prosecutor General Dumitru Robu, asking him to initiate a criminal investigation on Vladimir Cebotari. He stated that he has evidence related to the MP's involvement in bank fraud. On the other hand, the former Minister of Justice rejects the accusations.

'I was permanently a very correct person and I obeyed the law', said the PDM MP Vladimir Cebotari.

Neither the ad interim Prosecutor General Dumitru Robu nor the institution's spokesman answered the phone for comments on this subject.

At the same time, the press writes that Vladimir Cebotari could be the candidate of the Democratic Party for the position of mayor of Chisinau municipality, for which Andrei Năstase also runs. Cebotari did not confirm, but neither denied the information regarding his participation in the elections.