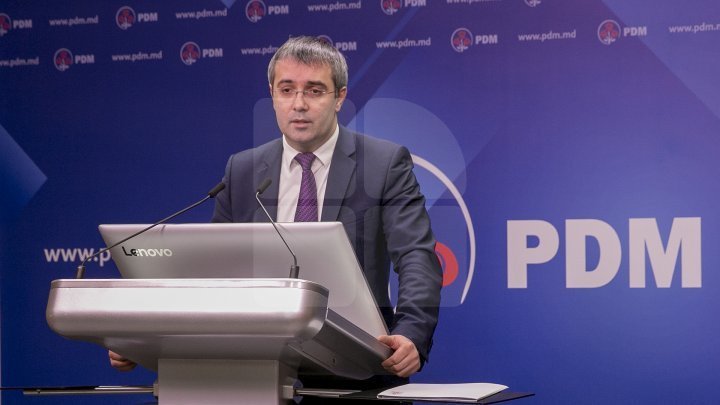 The Democrat Party disrupted the implementation of the 'Plan Kozak-2' about Moldova's federalization, that presents a great danger for our country's stability and independence.

The main purpose of this scenario is to realize Russia's imperialist plans. The subject was discussed at the yesterday's evening "În centrul atenţiei" talk-show of Publika TV.

PDM Vice-president, Sergiu Sirbu, declared that Democrats definitely rejected the scenario about Moldova's federalization, that was planned by Moscow and sent through the state's president, Igor Dodon.

'The federalization means the country's selling, the dividing of the state, a total chaos for Moldova. Those proposing such a thing are homeland traitors', delcared PDM vice-president, Sergiu Sirbu.

Doctor in Law, Alexandru Cuznetov, also talk-show guest, considers that the main purpose of the offer is for Moscow to destabilize the country's situation.

'If we accept the scenario, it means Moldova's acceptance of the transnistrean region independence and under this decision was formed the federalization. This means the returning to the clashes stage', said Sergiu Sirbu.

On Saturday, were published some video evidences in which Igor Dodon declared his financing by the Russians with big amounts of money, worth of 600 000 to 1 million dollars. The claiming was made during the meeting with the PDM leader, Vlad Plahotniuc. Also, Igor Dodon blackmailed the Democrat leader with the closing down of his criminal charges from Russia, with one condition: to sign the agreement of the country's federalization.
loading...
AFLĂ imediat Știrile Publika.MD. Intră pe Telegram