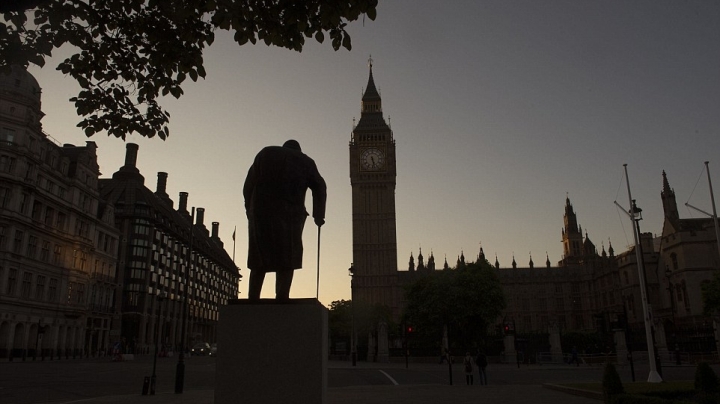 The Leave campaign triumphed after stacking up votes across England and Wales - despite massive support for Remain in Scotland and major cities including London.

The Prime Minister is expected to give his response to the dramatic verdict shortly, with speculation that he will herald the end of his tenure in Downing Street. Ukip leader Nigel Farage has hailed a 'victory for real people' and declared June 23 the country's 'Independence Day'.

The Pound nose-dived to its lowest level against the US dollar for 31 years as traders took fright at the news, and the stock market is likely to be suspended to avoid a crash. SNP leader Nicola Sturgeon has already raised the prospect of a second independence referendum in Scotland.

The dramatic developments overnight include:

The direction of the battle started to become clear with a shock result in Sunderland which saw the Out camp win by 61 per cent to 39 per cent. Analysis before the referendum had suggested Leave could be on track to win if they were more than six percentage points ahead.

A surprise victory for Brexit in Swansea, where the pro-EU side had been expecting to romp home, signposted a disastrous showing for Remain across Wales. Areas like Carmarthenshire decisively turned their back on Brussels.

Newcastle was less clear cut for the pro-EU side than they had hoped, seeing them sneak home by just 51 per cent to 49 per cent.

Remain had some bright spots, with chunky wins in London, Scotland and Oxford. Wandsworth in particular piled in with a massive 77 per cent in favour of staying.

However, the English cities and Scotland were not enough to offset the will of the rest of the country, and Leave passed the finishing post at 6am.

Speaking at a jubilant Leave.EU rally in central London, Mr Farage said June 23 would go down in history as 'our independence day'.

In a remark that could prove controversial after Labour MP Jo Cox was shot dead last week, Mr Farage said the country was separating from the EU 'without a single bullet being fired' .

Former Europe minister and Labour MP Keith Vaz told the BBC the outcome would be a 'catastrophe'. 'Frankly, in a thousand years I would never have believed that the British people would have voted this way,' he said. And they have done so and I think that they voted emotionally rather than looking at the facts. It'll be catastrophic for our country, for the rest of Europe and indeed the world.'