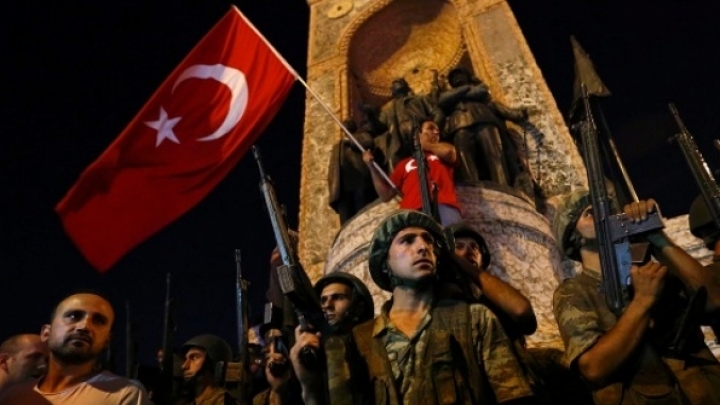 Some 2,839 soldiers, including high-ranking officers, have been arrested over an attempted coup that is now over, says Turkey's PM Binali Yildirim.

In a night he called a "black stain on Turkish democracy", he said 161 people had been killed and 1,440 wounded.

Explosions and gunfire were heard in Ankara, Istanbul and elsewhere overnight and thousands of Turks heeded President Erdogan's call to rise up against the coup-plotters.

It is not clear who is behind the coup.

However, in a statement, Mr Gulen rejected any suggestion he had links to the events, saying he condemned "in the strongest terms, the attempted military coup in Turkey".