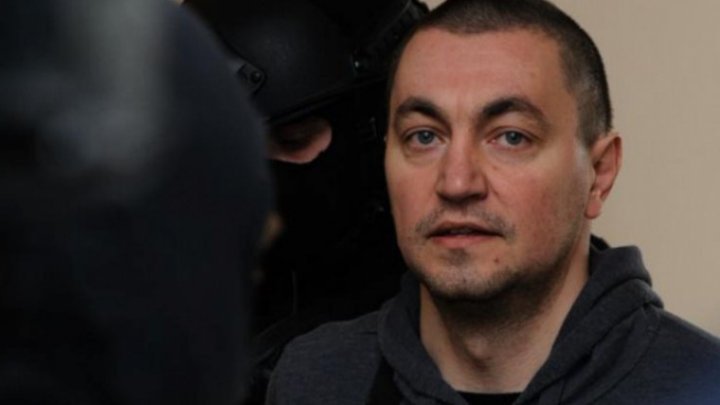 The convict Veaceslav Platon, known as the No.1 raider in CSI, addressed a letter to the state chief, Igor Dodon, Parliamen's Speaker Zinaide Greceanii and PM Maia Sandu.

In the published message on Facebook page, Platon asks the leadership of the state 'to imply into the judiciary process to ensure him transparency and correctness'. This way, Platon urges the State President, Parliament Speaker and the PM to break the principle of separation of state power.

Recently, the press wrote that after the creation of Kozak Alliance ACUM-PSRM, Veaceslav Platon's people contacted the representatives of the every three components of the new parliamentary majority. The message was a simple and short one - the one who gets him out of jail, will be awarded with five million USD.

The No.1 raider of CSI, Veaceslav Platon, was sentenced to 25 years of prison. He also got a fine worth 300 000 MDL and is charged of scam and corruption of the masked forces of 'Pantera'.

Also, Veaceslav Platon was sentenced by the Supreme Court of Justice to 18 years of prison in the Economy Bank folder. More specifically, he would have obtained through illegal schemes, about one billion MDL from the financial institution, after some given credits for companied led by interleaved persons.

Veaceslav Platon was arrested in July 2016, in Kiev, after being instituted in international search by our authorities.

PUBLIKA.MD reminds that previously, the press wrote about the bank system robbery being initiated by Veaceslav Platon and realized at the indications of the special foreign services to block the European vector of the Republic of Moldova. Platon fulfilled his plans due to the covering from Government and Parliament, ensured by the former PLDM Head, Vlad Filat.

In the scheme were also involved the fugitive oligarchs, sentenced for blackmail and scam, Victor and Viorel Topa. More than that, the No.1 raider of CSI was the main person of the Russian Laundromat and the companies involved into this scheme, but also the billion's robbery, named Miliardomat, were controlled by the same group of people and on multiple documents if found Platon's signature.