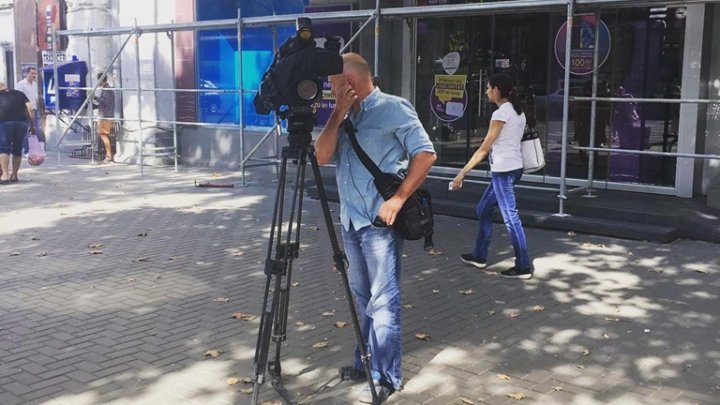 The candidate to Chisinau mayor position Ruslan Codreanu says that he is being intimidated. the announcement was made on his Facebook page.

'This man filmed our tent in the front of CC Gemeni, where my team is collecting signatures. Yesterday he filmed between 14:00 and 18:00, today he came back. We have a single tent in the city, a tent received from donations.

We started on a tough way. To candidate in a independent way, without being supported by a party, with own forces and among beautiful people.

It is very difficult to collect 10 000 signatures in only two weeks. We do have a lot of things that make out way tougher, but this doesn't stop us.

I have my family's support, the support of the beautiful people who think that the city's mess does not have a political color', Codreanu wrote.
AFLĂ imediat Știrile Publika.MD. Intră pe Telegram