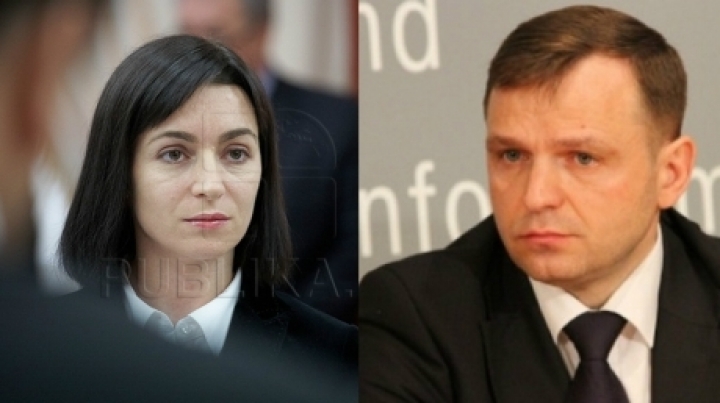 The idea of a common candidate is buried and the "Action and Solidarity" Party and the "Dognity and Truth" Party of the Topa mafia fugitives will not designate a single person for the presidency. The opinion belongs to the guests invited to the "Fabrika" show. Analysts say that Andrei Nastase is doing everything possible to destabilize the situation in the country.

"It was clear from the start that Ms Maia Sandu and Mr. Nastase will not reach a consensus. Each Moldovan has a large radius. Only in an extreme situation the supporters of Andrei Nastase could vote for Mrs Sandu. The sympathizers of Mrs. Sandu, who are a little bit more intellectuals, in no case will vote for Mr Nastase who is a being more impulsive" , said journalist Victor Nichitus.

Experts believe that "Dignity and Truth" party could come up with tougher attacks on the leader of"Action and Solidarity" Party, Maia Sandu.

"Mr Nastase touches the ankles, a little on the cheek, but there are no hard political blows. The "Dignity and Truth" platform does not attack as hard as it could attack. If the formula of the unic candidate is reached and Maia Sandu is promoted then the real terror will begin after the elections" , said political analyst Corneliu Ciurea.

However, the guests of the show say that Andrei Nastase if he will be elected president, he will lead the country to a huge chasm.

"The mission of the "Dignity and Truth" platform and Andrei Nastase's mission is quite different. The mission of Andrei Nastase is a revengeful action, quarreling with the current government. If he becomes President, Nastase's function will be to destabilize the situation, to overturn bottom-up politics and the state" , said columnist Petru Bogatu.

"If someone said that Lenin is dreamer in the Kremlin, in the end I would say that Nastase is the dreamer from Topa's pockets . It's kind of a Renato's clone, a Romanian clone but as vulgar. If tomorrow the presidential election will take place, and someone would ask me why I dond't vote for Nastase, I will specify two reasons: Nastase accepted the dance of Renato Usatii and Igor Dodon and  liked it; and it's party was taken from Nicolae Chirtoaca, the KGB general" , said writer Traian Vasilcau writer.