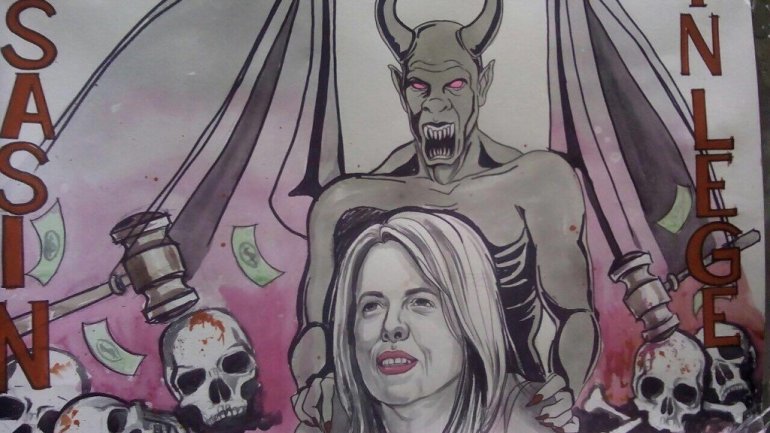 Posters depicting the lawyer Ana Ursachi making love with the devil or as being his advocate were posted at the entrance of the dwelling block she lives in Chisinau.

Someone posted scores of leaves on the block's announce board reading: "An assassin lives here! Her name is Ana Ursachi.

PUBLIKA.MD reminder: Ana Ursachi is criminally investigated for murder. She was subpoenaed and she does not go to the prosecutor's office till Tuesday, she is going to be announced as wanted internationally.

Ursachi then went to Kyiv, where she gave a news conference defending the CIS number one raider, Veaceslav Platon.