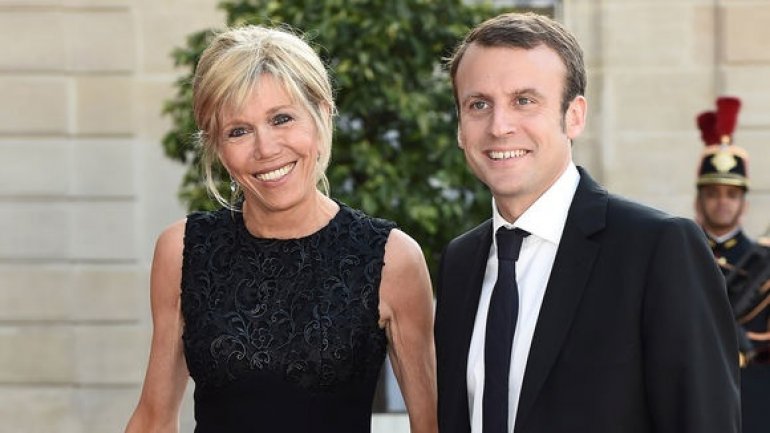 Brigitte Macron, as the 64-year-old wife of the man tipped to become France's youngest-ever president, is getting used to being in the media spotlight.

But the elegant blonde is also having to endure unwelcome scrutiny from a foreign press fascinated by the age gap between her and Emmanuel Macron, the talented student she first met when he was 15 and she a married mother of three.

"A cougar at the Elysee?" asked Britain's Times newspaper as Macron, 39, ramped up his campaign against far-right rival Marine Le Pen.

In Germany, the Bild mass circulation daily marvelled: "She's 24 years older! How can such a marriage work?"

Breathlessly dubbing the couple's romance "the love story of the century", Britain's Daily Mail this week published a picture of the teenager kissing his drama coach on the cheek after starring in a play that she directed.

"Sealed with a kiss!" it said of a gesture that could not be more ordinary in such a setting in France.

In their home country -- where the private lives of public figures are off limits to the media by tacit agreement, though that is changing -- the Macrons have been described as an "unusual couple".

The closest France came to titillation was a rumour that Macron was using his wife as a cover for being gay, and even that he had a gay extramarital affair.

The rumour was quickly dispelled with a joke by the candidate himself.

Neither has shied away from discussing the bond they formed as teacher and student in the northern city of Amiens.