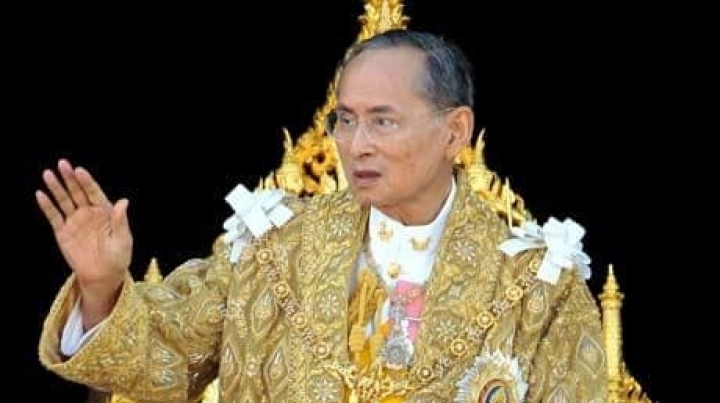 The health of Thailand's King Bhumibol Adulyadej is "not stable", palace officials have said, reports BBC.

King Bhumibol, 88, is the world's longest reigning monarch, but has spent much of the last year in hospital and is rarely seen in public.

He is widely revered in Thailand, where he is seen as an arbiter in the divided political arena.

His doctors said they had now sought formal permission for the king to stop performing any official duties.

The palace statement, released late on Sunday night, said the king's blood pressure had dropped as he was being prepared for haemodialysis, a procedure used to treat kidney failure.

He was placed on a ventilator and medication helped return his pressure to normal levels, it added. Doctors are now monitoring his condition closely.

King Bhumibol has been on the Thai throne since 1946.

Amid increasing concerns about his health in recent months, the Royal Household Bureau has issued more frequent bulletins.

Earlier this month, a statement said the king was recovering from a respiratory infection.

But the BBC's South East Asia correspondent Jonathan Head says that this is the first time doctors have sought permission for him to stop working, suggesting that perhaps the palace is considering transferring some of his formal duties to his heir, Crown Prince Vajiralongkorn.

Given the pivotal role the king has played in maintaining the balance of power in Thailand's volatile political environment, the succession will be a formidable challenge for the military government, our correspondent adds.

Thailand's strict lese majeste laws mean public discussion of his health and succession plans are not permitted, and punishable by lengthy jail terms.